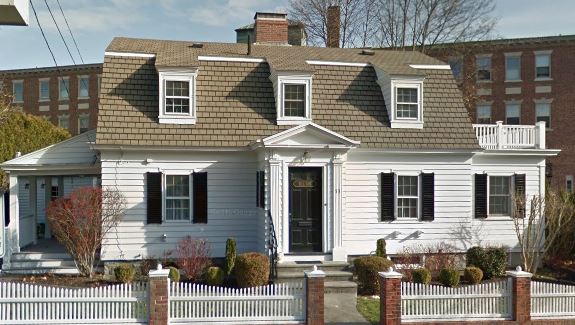 It’s no secret that an air conditioning system for the whole house provides better cooling than portable or window units. A central system reaches every part of your home. And, since it’s permanently installed, it’s easier to use.

But, there’s a catch: If your home doesn’t have the right setup, the cost of installing a system can skyrocket.

Central air uses ductwork to send cold air throughout the house. Heating systems using furnaces also rely on ducts and vents. If the ducts are there, our installers can tap into that system for the air conditioner.

Our homeowners in Andover MA wanted to install a full air conditioning system for their cape style home. But, the house used forced hot water heat. That system uses pipes and radiators rather than ducts and vents to distribute warmth.

As a result, our homeowners would have to pay for much more than an ac condenser and installation. We’d also have to design, build and install ductwork.

This work would more than double the cost of the project. It would also make it take much longer. And, we would have to make significant changes in the home.

Those ducts would have to go somewhere. That means they would take up closet space and other areas.

Our homeowners wanted a system that was comfortable, efficient and cost-effective. Fortunately, we had a solution that would deliver all that. And, it wouldn’t involve ductwork.

Problem: A cape-style home in Andover MA had forced hot water heat but no air conditioning. The homeowners wanted to add cooling to their home. 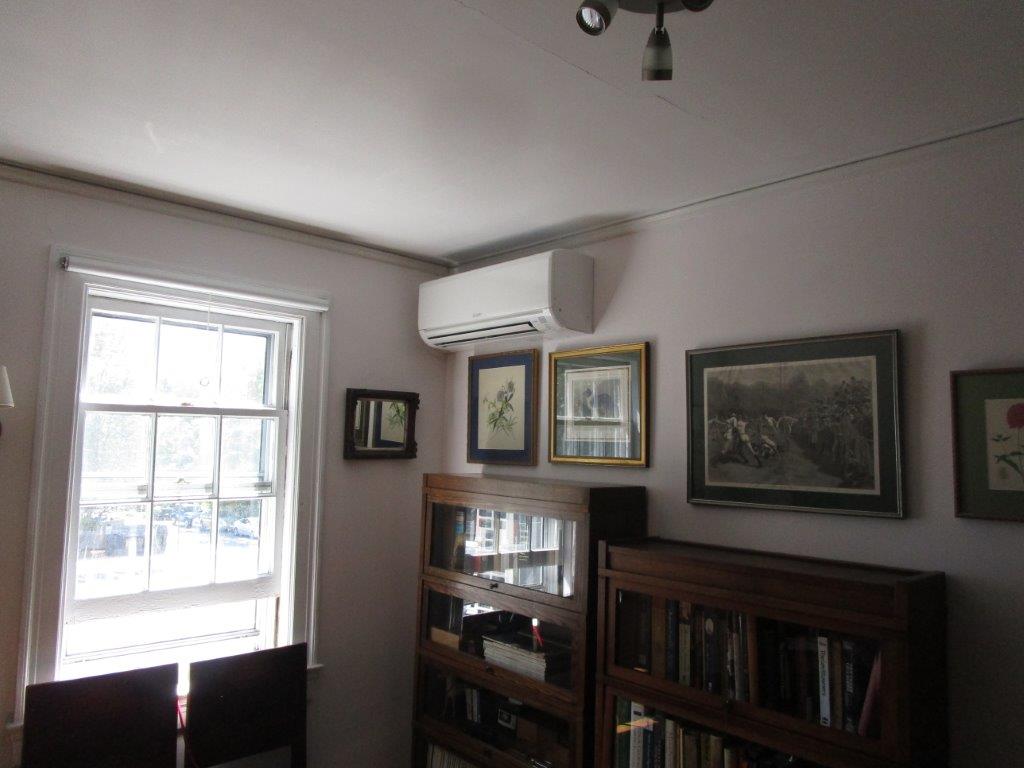 Ductless hvac for homes without ductwork

A ductless system offers the power and reach of a central air conditioning system without needing ducts and vents. In less than a day, our installers can put in a system that treats an entire home. And, its footprint on the house is minimal.

This is possible thanks to the way these systems work. They don’t use ducts or pipes to transport cold air. Instead, that air travels through flexible, plastic tubing.

These tubes are less than two inches thick. We can snake them through walls as easily as running electrical wire. The process does not require us to build anything, tear down any walls, or take up any space.

On one end of the tubing is an outdoor condenser. The condenser provides the treated air. That air then travels to the indoor units.

We mount the indoor units on walls in the home. They’re responsible for distributing the air. They are whisper-quiet and sit high up on a wall. That keeps them mostly out of sight and out of mind.

Connecting the system is easy. Our installers simply drill a hole into the home that’s less than five inches around for the tubes to connect to the condenser. Then, they seal it up, so it’s barely noticeable.

On the other end, the tubes connect to the back of the indoor units. As a result, you never see the spot where they enter the room.

The process is much simpler and much cheaper than installing ductwork. And, the benefits don’t stop there. 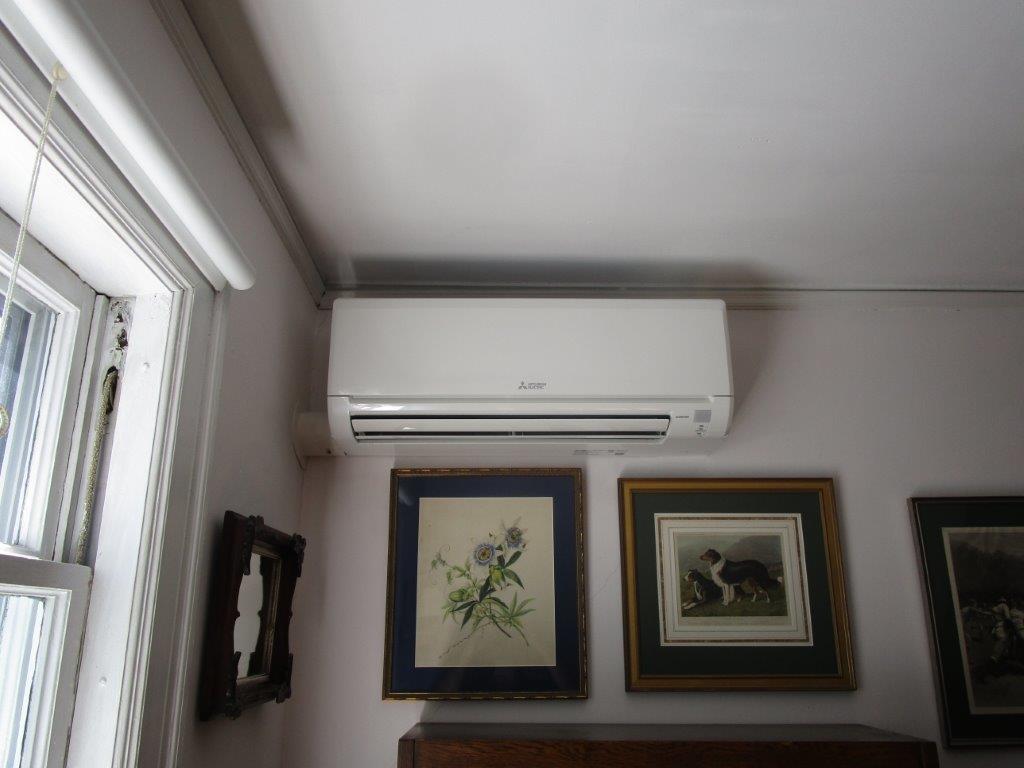 The indoor units create what’s called “zoned” hvac. In this model, each area of the home is cooled by a different unit with a thermostat.

Now, you can set each ductless unit to the temperature you prefer. The units all work independently of one other. Each one turns on and off as needed.

One option is setting every unit to the same temperature. Doing so gives you even cooling throughout the entire home. It eliminates common problems like bedrooms being warmer than rooms on the first floor.

Or, you can set each unit differently. For instance, let’s say you won’t use the bedroom most of the day. You can set that unit to a higher temperature until the evening. Or, if you prefer it cooler than other rooms, set the temperature lower than, say, the living room.

This flexibility offers much better climate control than older systems. Hot and cold spots are common with central air. In that setup, the entire system turns on and off according to the readings of just one thermostat.

However, that thermostat is usually on the first floor. The second floor is often warmer. So, the system shuts off when the first floor is cooled off. But, it leaves the bedrooms hotter than they should be.

The new system solves that problem. It treats each zone separately. This allows for even or customized climate control for the entire home. 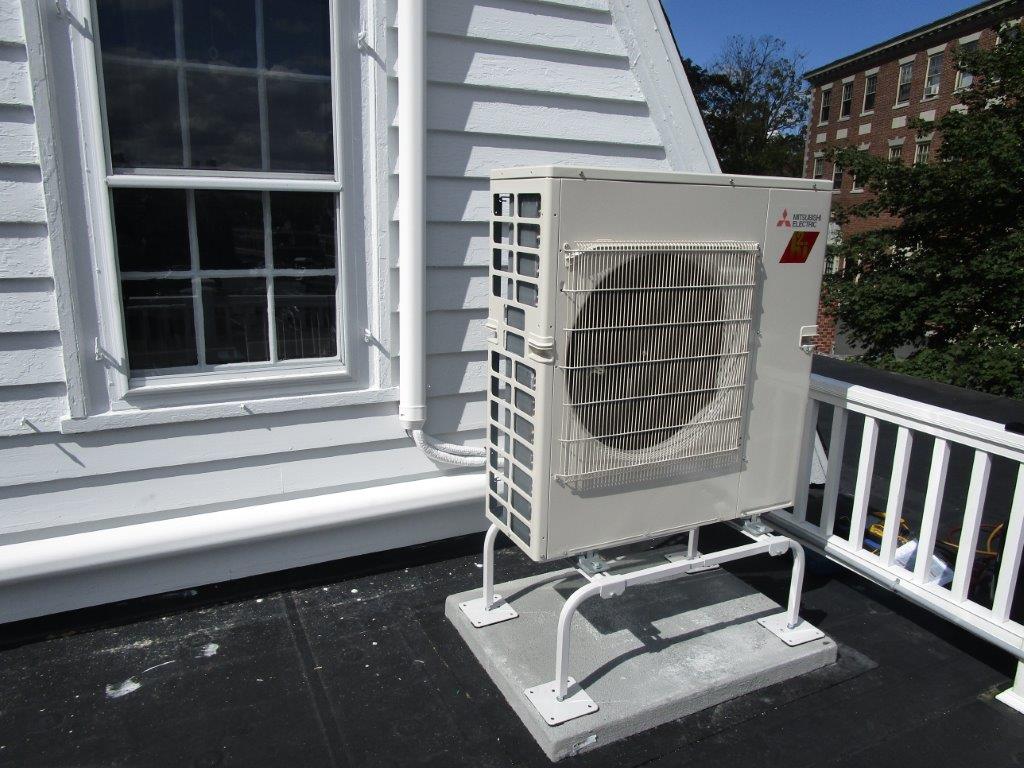 A ductless system is a significant investment. But, it’s still much less of an upfront cost than installing ductwork. And, those savings continue well after the units are in place.

The units are more energy efficient. They use less energy than a comparable system to produce the same effect. By using less power, they end up costing less on the homeowner’s monthly electric bills.

These savings happen for a few reasons. First is the tubing that pushes the air through the house. The tubes are sealed tight, so no air escapes along the way.

This system is different from ductwork. With ducts, cold air escapes the system before reaching the vents. Then, the system has to produce more cold air to make up for that loss. That ends up costing more.

Next, the zoned effect allows the units to use less energy. Each unit turns off once it has treated its zone properly. Now, the system isn’t using extra energy cooling the entire house when only one or two zones need it.

And, that all happens automatically. Our homeowners can save even more money thanks to the zone feature. They can decide not to run all the indoor units all the time. If they’re not going to be downstairs at night, for instance, they can set the temperatures in those zones higher than upstairs.

And, they can do the opposite with the bedrooms during the day. By running each unit for less time, they use less energy and save more money.