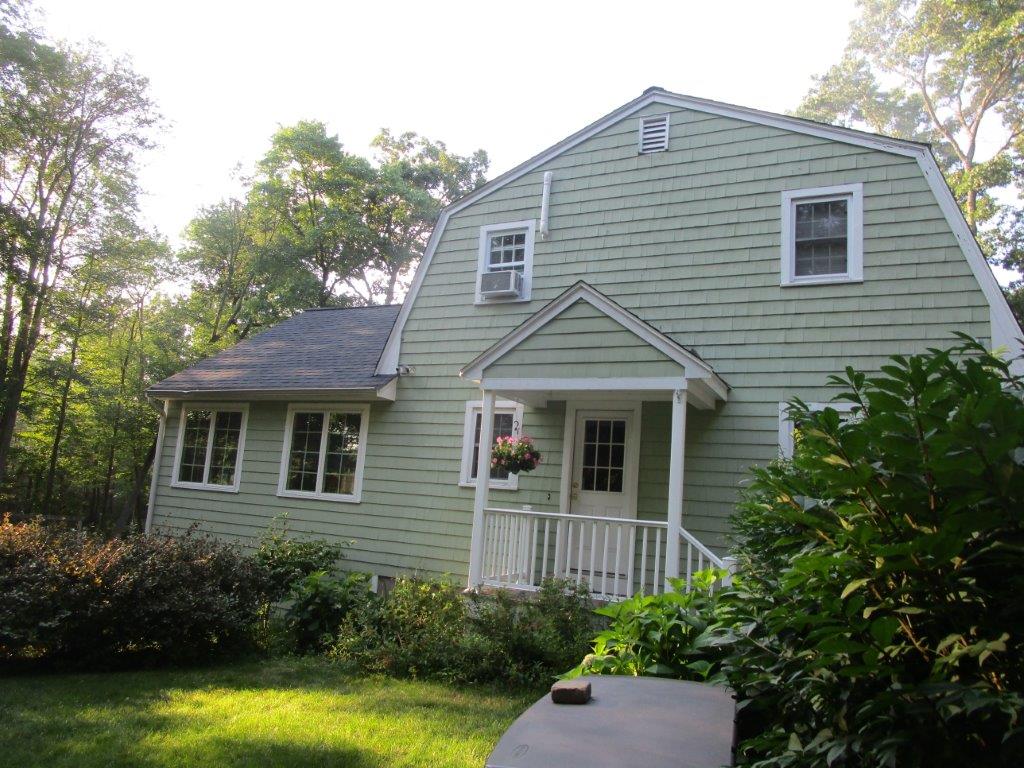 There are more options than ever to cool off your home in the summertime. But, they’re not all equal in terms of how well they work or how much they cost. But, the right solution will deliver great hvac while costing less to run than others.

The owners of a colonial home in Andover, MA were ready to make such an upgrade. For years, they used window air conditioners to cool parts of their home. But, those units were getting old. They were loud and cost a lot to run. And our homeowners were tired of having to drag them out of storage, clean them and then install them every spring.

So, they contacted N.E.T.R., Inc. to find a better way to keep their home cool in the summer. They were looking

Problem: A colonial home in Andover did not have central air conditioning. The homeowners used window air conditioners. They wanted to cool in their three bedrooms.

Solution: Installed a Mitsubishi Electric outdoor condenser and three ductless units with one unit in each bedroom.

Adding air conditioning to a home

For decades, central air conditioning was the best way to cool an entire house. But, central ac wasn’t around in homes until the 1970s. So, all the houses built during the suburbs boom of the 50s and 60s didn’t have them.

People who lived in these houses often used fans or window air conditioners to stay cool. However, none of these are as efficient as central air.

Fans cost much less but aren’t as strong. Window units cool off a room more than a fan. But, they’re costly to run. And, they’re also very noisy and require a lot of care to keep them working correctly.

For decades, central air was the best option. But, if you didn’t have it already in your house, it’s expensive to install. Retrofitting a home takes two to three days and costs up to $4,000.

But, that’s if the house already has ductwork. If it doesn’t, you can expect to double that time —- and that cost. And, this house did not have ductwork.

Our homeowners had forced hot water heat. Their heat came through small pipes and radiators. There were no ducts in the house. To install central air, we’d have to design, build and install ducts.

That would be more than only expensive. It would also take up a lot of room in the house. We’d have to run big, bulky ductwork along ceilings and floors, and probably in closets. They would take up a lot of room, especially after we build out walls around them, so they’re not exposed.

Fortunately, we had a way to avoid all that. Our solution would work better and cost less than central air every month.

The option we offered was a ductless HVAC system. It provides just as much strength as a central unit. But, it would cost less to run. And, it would be easy, and far cheaper, to install. 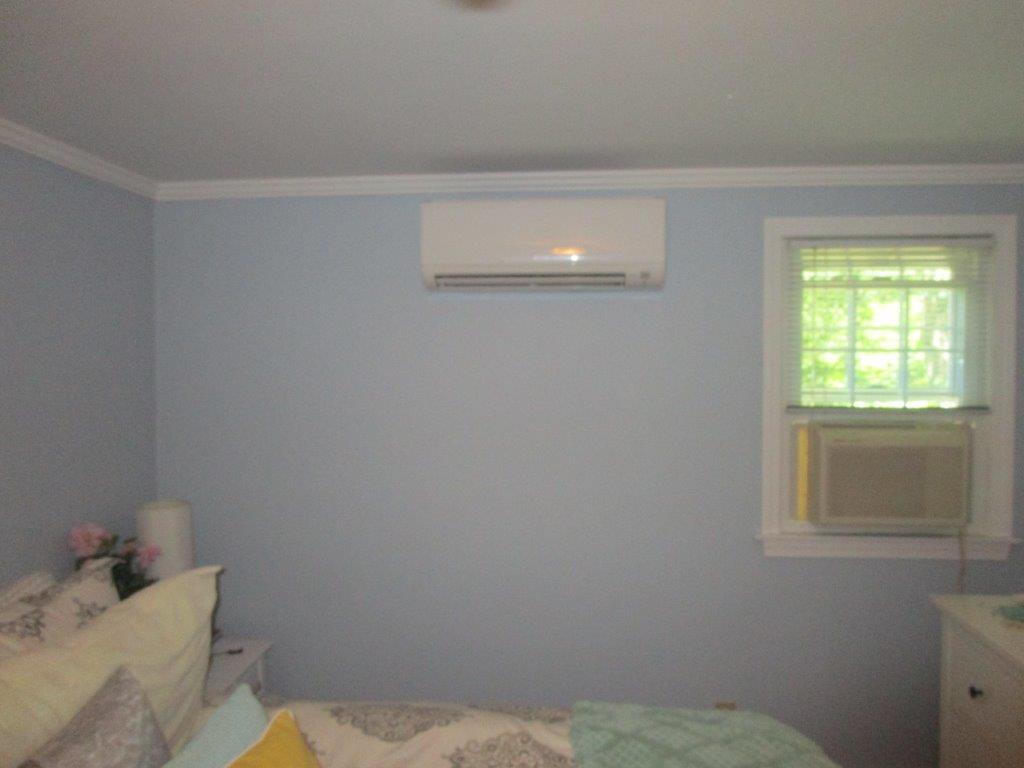 Like central air, a ductless HVAC system uses an outdoor condenser that circulates air throughout the house. But, that’s about where the similarities end.

With ductless, the air travels through small, flexible tubes instead of ducts. This design makes it much easier to install. We don’t have to do any major building or designing to put in the system. Instead, we just run the tubing through the walls.

Inside the home, that tubing connects to the units that are mounted high up on the wall. Since the tubing can run anywhere, we can place the units anywhere. This way, we can position each one in the best spot in each room.

And, that’s it. It takes us less than a day to install. It’s much more straightforward and much less expensive than other options. And, it works much better than older hvac solutions. 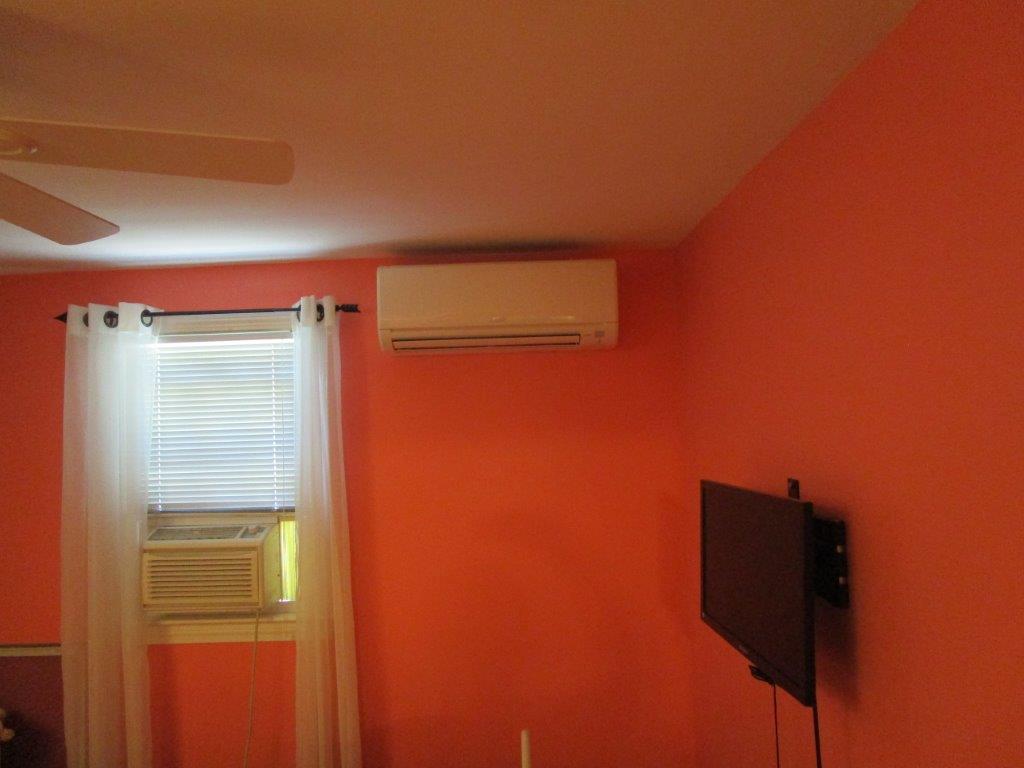 A significant advantage of a ductless system is zoned cooling. What this means is that each unit cools a different room, or zone, in the home. Every unit has its own thermostat to do the job.

With a central system, there’s usually just one thermostat in the house. It controls the entire home. But, this means the whole home won’t get the same treatment.

Usually, the thermostat is on the first floor. In the summer, it will turn on the ac when the temperature near it is higher than its setting. Then, it turns the ac back off once the temperature is correct again.

But, the whole house is not the same temperature. Often, the upstairs is warmer. But, the thermostat isn’t measuring that area. So, the system shuts off before those rooms cool off.

That’s the difference with ductless. Since each unit has a thermostat, each one works on its own. In the rooms that cool off quickly, those units shut off first. Meanwhile, the others in places that are warmer will keep working until the climate control is just right.

Zoned hvac also offers more flexibility. Our homeowners don’t have to set each unit to the same temperature. For instance, they put a unit in one of their spare bedrooms. There’s not always a person using it. So, they can leave that unit off until someone is using that room. 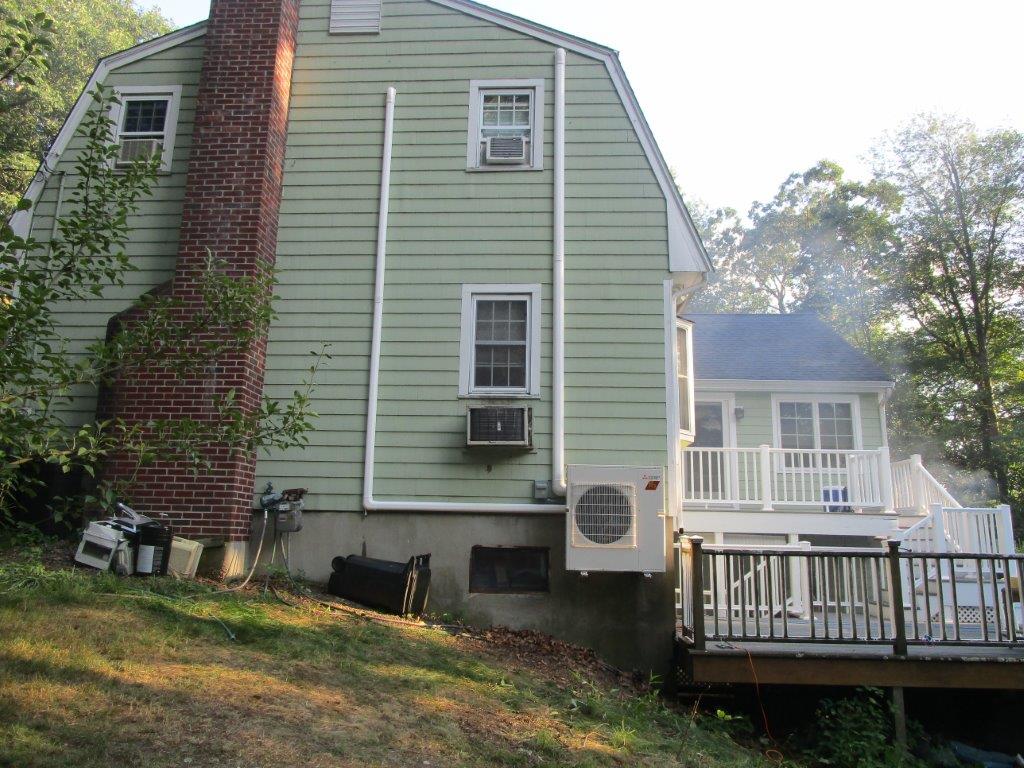 A ductless HVAC system offers better cooling for less money than window air conditioners. The units use less energy and can cool off a room better than window units. They are also quieter and require less maintenance.

The difference lies mostly in the design. Window ac’s require people to put them in and take them out each year. As a result, they are never really sealed in. That means a good deal of the cold air they produce seeps outside the house through openings in the window.

That’s not the case with ductless, however. Here, the treated air runs through that plastic tubing. It’s sealed well to the condenser on one end and the unit on the other. And, unlike ductwork, there aren’t any leaky spots.

So, the system doesn’t waste much, if any, energy cooling air that doesn’t get used.

And, thanks to the technology in the units, they can produce more cool air using less energy. Since they use less energy than window units, they have a much smaller impact on your electric bills each month.

Finally, the ductless units are permanent and whisper-quiet. Once they are installed, you never have to worry about moving them. And, when they’re on, you won’t even notice. They make virtually no sound at all when they’re working.

All those benefits have a big upfront advantage, too. Since they are energy-efficient, our homeowners qualified for rebates. Two groups in the Bay State, the Massachusetts Clean Energy Center and Mass Save, offer cash incentives for people to install new ac units that use less energy than older ones.

We made sure our homeowners applied for these. And, between the two groups, they received $1,600 toward installing the new system. Between the rebate and the lower monthly energy bills, our homeowners are getting better climate control than ever. And, they’re paying less for it, too.