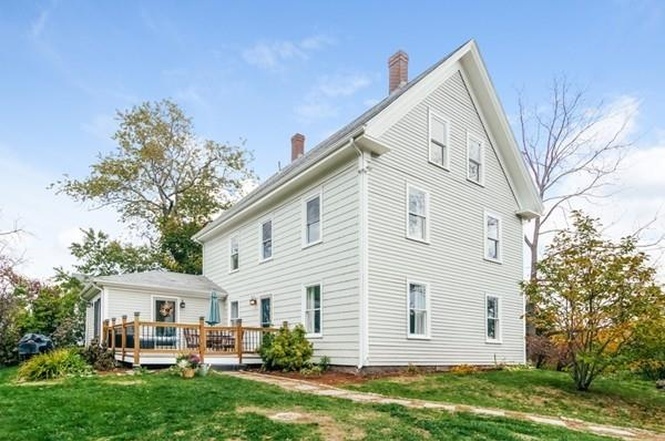 Some attics are better left unvisited. They’re cramped, dark and a little creepy. If there’s no floor, just rafters and insulation, they can also be dangerous. But, that’s not always the case.

In many older homes especially, attics are large enough to be used as rooms. A little flooring, drywall and paint and you’ve got another bedroom or rec area. Of course, to make it really comfy you’ll need two more things: heating and cooling.

Problem: A colonial-style home in Essex, MA did not have heating or cooling in the converted attic.

Adding HVAC to an attic

Our homeowner had a colonial-style home with a sizable converted attic. It sat atop almost all of the four-bedroom home. And, its pitched ceilings gave it a wide-open, spacious feel.

However, that nice effect has a drawback in the wintertime. Remember, hot air rises. In this home, any heat that makes it to the attic goes all the way up. That can leave the actual living area quite cold.

And, in this case, there wasn’t much heat to begin with. The rest of the house had an HVAC system that worked just fine. But, it didn’t connect to the attic.

As a result, any heat up there came from the sun. Or, it was whatever made its way up from the second floor. That wasn’t a lot, and it all went to the pitched ceiling.

A challenge there would be the layout. The attic was already finished, with painted walls and carpeting. We would have to rip some of that out to install venting. That would equal more work — and more money — for the homeowner.

However, a ductless HVAC system would bypass all that. We could install it virtually anywhere in the attic. This way, it wouldn’t disrupt anything. And, it could be placed in the exact spots to be most effective with a pitched ceiling. 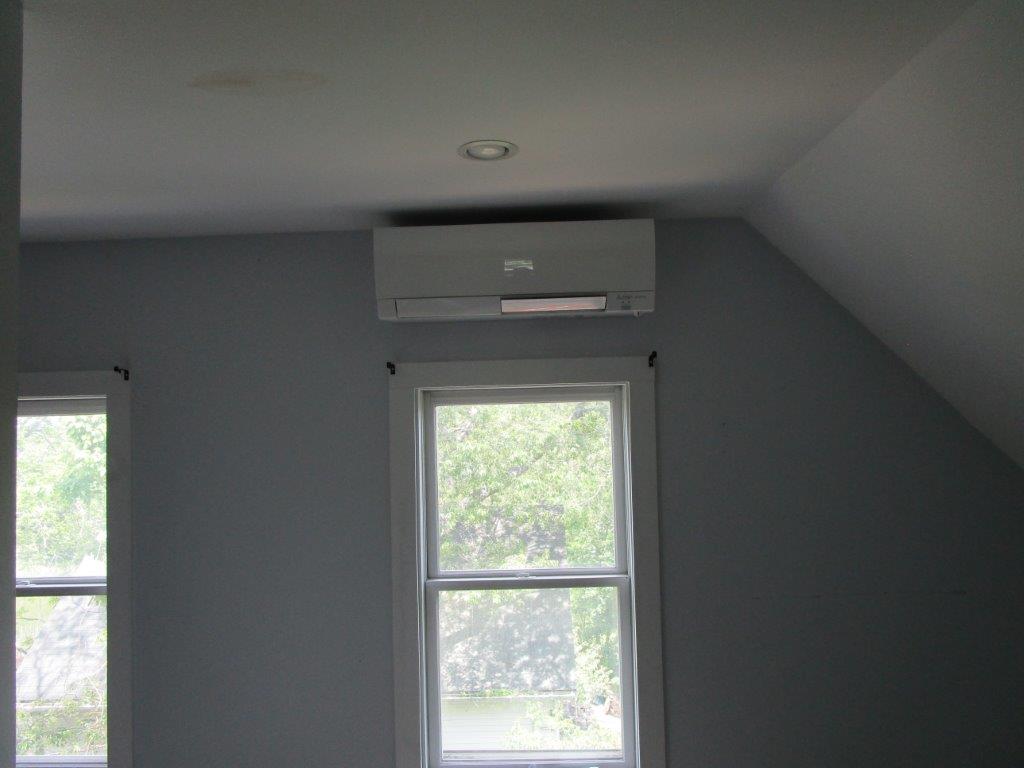 Mitsubishi ductless in a colonial-style attic

Flexibility makes a ductless HVAC unit such a good choice for an attic with pitched ceilings. You can place it virtually anywhere without doing a lot of construction.

There are basically three parts to a ductless unit. First is the unit itself. It’s rectangular and sleek, and easy to hang anywhere. Next is an outdoor condenser unit that provides the heat or cool air.

Between those two is just flexible tubing about a half-inch wide. That’s it. No ducts, no vents. All you do is mount the unit and drill a tiny hole behind it for the tubing. The tube runs outside to the condenser.

And, all it took was one unit to handle the entire attic. We found a good spot for it where the wall meets the ceiling. It’s in a spot away from the pitched area. This way the heat doesn’t go right to the ceiling.

Another good thing about the Mitsubishi ductless unit is that it’s separate from the rest of the house. The main thermostat still controls the heating and cooling for the first and second floors. But the ductless system isn’t attached to it.

Now, our homeowners can control the attic temperature separately. This is a great advantage because the attic is often colder than the rest of the home. And, the heat travels to the ceiling.

Using the main thermostat to heat the attic would mean cranking it up so enough heat makes it up there. Then, the rest of the house would be too hot. That would be a waste of energy and money.

Instead, the attic has its own heat source. And, that heat source has its own control. Our homeowners can turn it down if they won’t be up there for a while. And, they can set it to whatever temperature they want when they use the space. 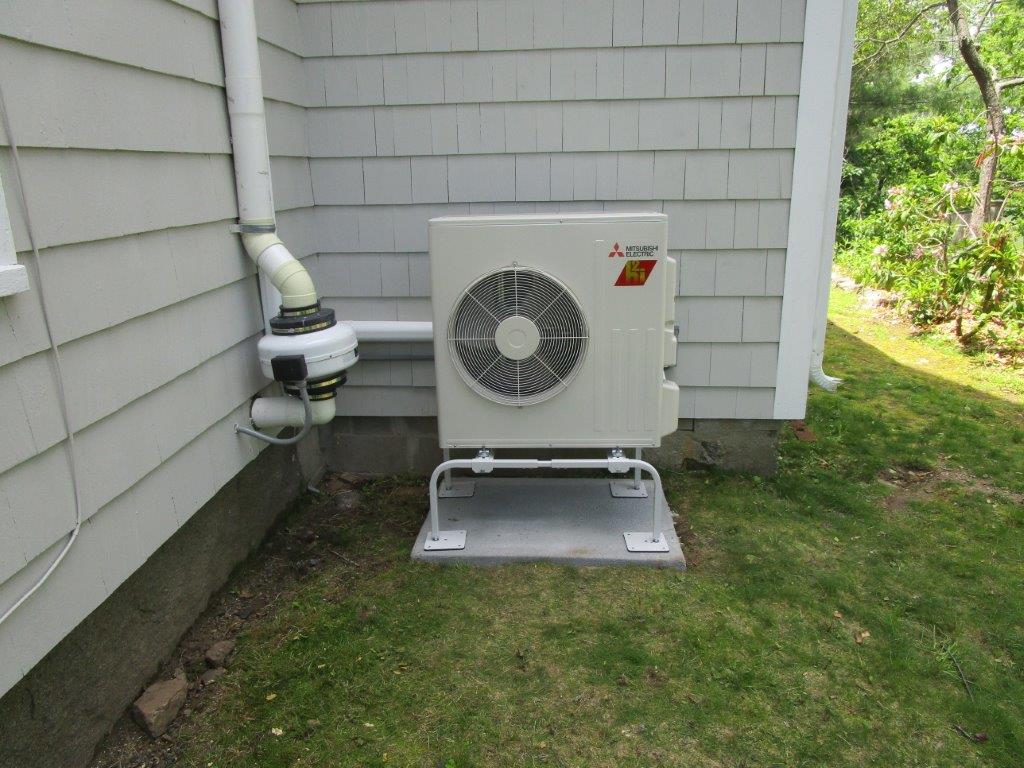 There’s one more upside to going ductless when updating or supplementing your HVAC system: cash in hand.

When an HVAC unit is energy-efficient, it uses fewer resources than other models to get the temperature you want. That means your energy bills go down because you don’t use as much gas, oil or electricity.

Our homeowners won’t see any reductions because they are now treating more of their home than before. However, the method they choose will cost them less than others. And, they got a rebate for their choice.

Mass Save, a group of local utility companies, offers rebates for people who install energy-efficient HVAC systems. We made sure our homeowners knew about this opportunity. They applied and received a $300 rebate on their new system.