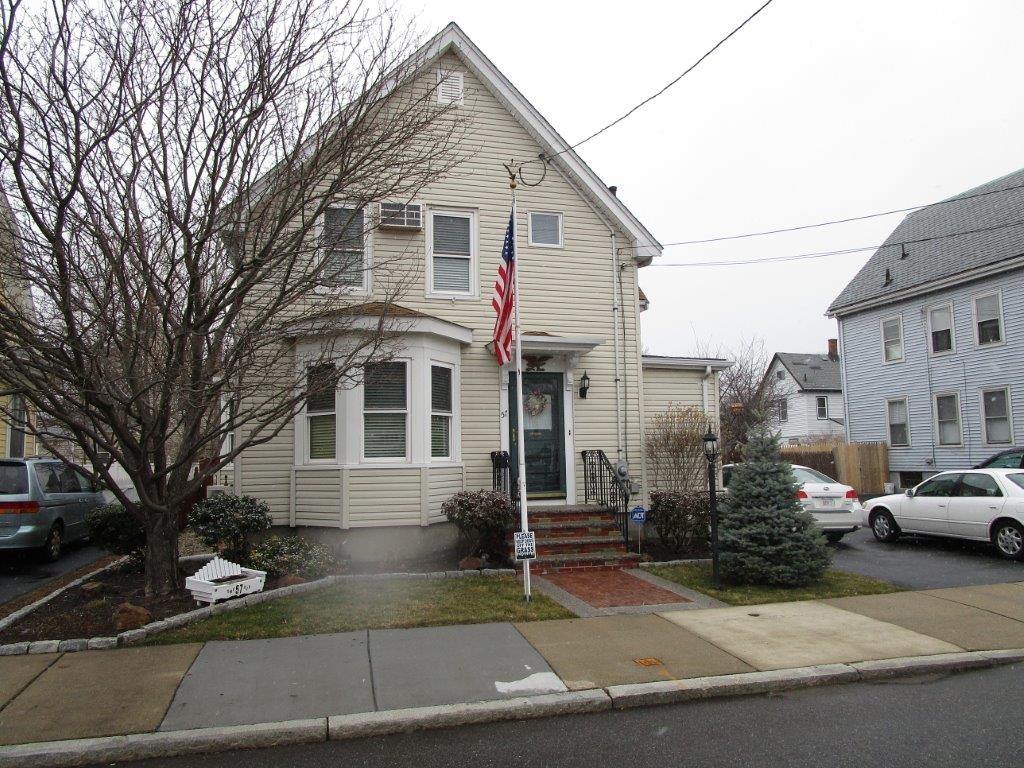 A colonial-style home, as the name implies, is one of the oldest styles of houses in America. That also means it’s not exactly set for state-of-the-art HVAC. One couple in Malden, MA lived this every summer.

Back when these were first around, people in New England were concerned with staying warm in the winter. Now with modern central heating, trying not to get overheated in the summer is a bigger issue. That’s why this couple calls N.E.T.R., Inc..

Problem: The rear bedroom in a Malden, MA colonial home would never get cool enough in the summer.

Solution: Installed a Mitsubishi ductless mini-split in the rear bedroom.

It’s not unusual for an upstairs room to be hotter than the ones below it. In certain colonial homes, that can be even more of an issue than with other house styles. This happens for a few reasons.

The first is basic physics: hot air rises. In the summer, an air conditioner pumps cool air into the home. Or fans move the air around in a room. Either way, the heat that was there needs to go somewhere. And, it goes up.

The scientific term here is “convection.” This describes the sort of heat transfer that occurs when air moves through the house and carries heat with it.

This especially becomes a problem in a home without central air. That was the case in this Malden, MA home. They were using fans and wall unit air conditioning units to make it through the summer.

This made uneven heating a big problem. Even with central air, it’s common for some parts of the home to be hotter than others. That’s because the a/c turns on and off according to a thermostat reading. But, since there’s only one thermostat, it keeps that area the coolest.

In this case, the couple used fans downstairs. They also had an air conditioner in the wall of their master bedroom. That took care of most of the house. The rear bedroom, however, was left out.

Now, heat that was moving made its way into that room on its way to the dormer above it. That made it hotter. And, just the simple contrast of being in that room versus the treated room made the difference really stand out.

Fortunately, there was an easy way to improve the temperature in that room. And, it didn’t require the cost and labor of installing a central air conditioning system 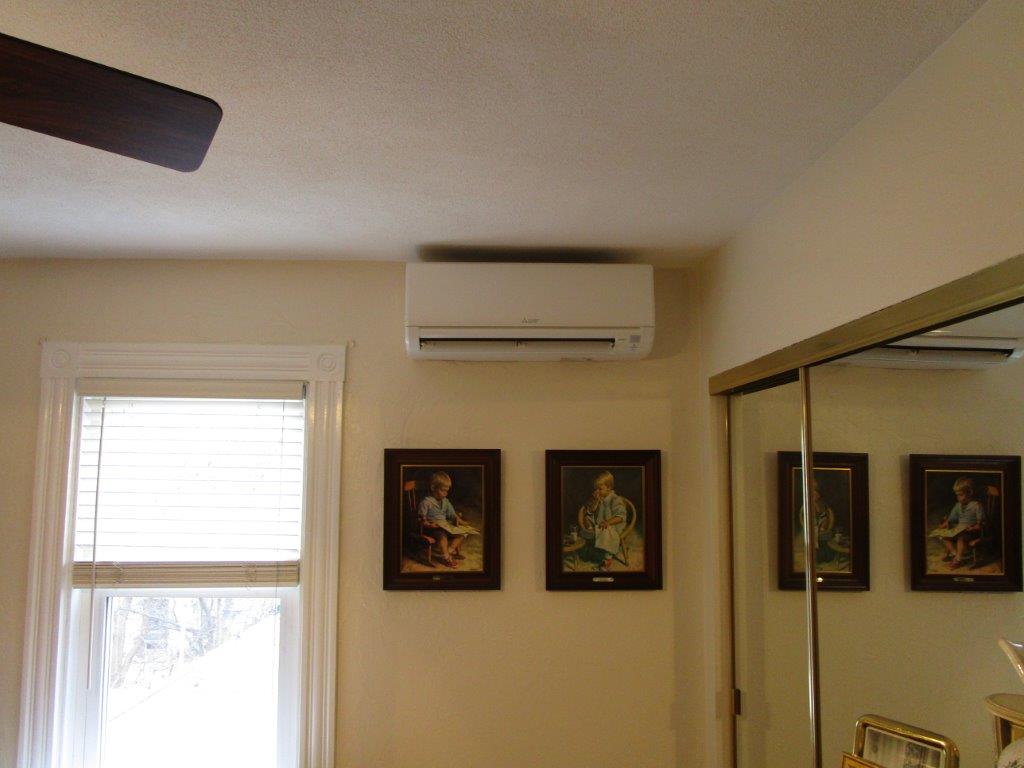 The solution here was a Mitsubishi ductless HVAC system. Like the a/c the couple had in their bedroom, it only creates one small part of the house. But, it does so much, much more efficiently than that old unit.

Here’s how it works: With a ductless mini-split system, heat or cool air is transported from a condenser unit outside to a high-wall or low-wall air handler inside. But, this system doesn’t need the big, bulky duct work for central air or a furnace.

Instead, the air travels through skinny flexible tubing. The tubes are so small they run through the walls like electrical wiring. This makes it easy to install almost anywhere.

The air comes through an air handler in the room. These indoor units are long, but not nearly as deep as an air conditioner. This allows us to mount them just about anywhere. The tubing comes through the wall behind the air handler. This way, you don’t even see the hole for it.

This offers several advantages over wall or window a/c units. For starters, they’re much, much quieter. Since there are no fans working, it doesn’t make much noise if any at all.

They are also more energy efficient than those older models. Thanks to newer technology, Mitsubishi ductless mini-splits use much less energy to make a room cooler than older a/c units. This means they cost less money to run.

A zoned approach to HVAC

What made this Mitsubishi ductless system especially effective here is the “zoned” approach. We mentioned before how a house can get heated or cooled unevenly. When the entire system runs from one thermostat, you’re not measuring the different temps in various parts of the home.

This allows you to control the temperature in each zone separately from the others. Sometimes, one room takes longer to cool than others. That indoor unit will run longer than the others so that the temperature in its zone matches the desired setting on the thermostat. 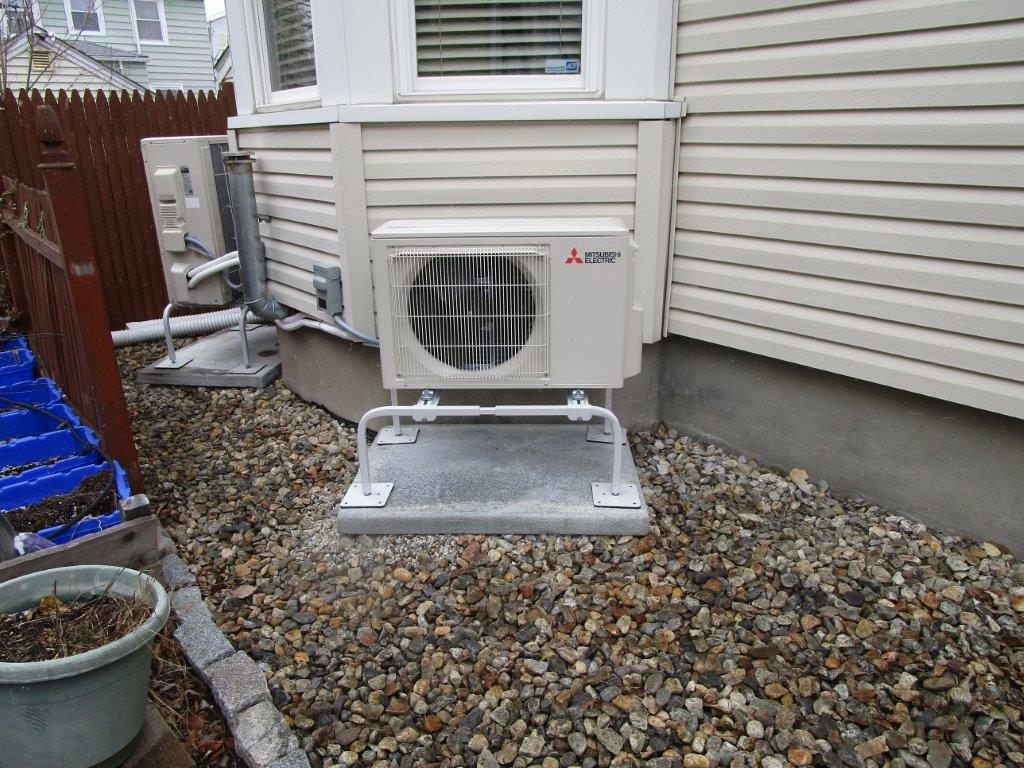 You can also choose to not heat or cool a section of the house all the time. All you have to do is turn off that zone, or set the thermostat accordingly. That’s what this couple planned to do with the second bedroom.

Since it’s not used nearly as much as the other rooms, it didn’t always need to be as cool as the rest of the house. But, when someone was in it, they want to be comfortable. So, they can set the thermostat cooler.

For now, these homeowners chose to install a ductless unit in just one room of their colonial home. But, with ductless, you can add on as you go. If they like it — and we’re sure they will — the couple can install additional zones throughout their home later on.

This way, the homeowners can save even more money by cooling their entire home more efficiently. And, they can be even more comfortable than before with customized, zoned HVAC.