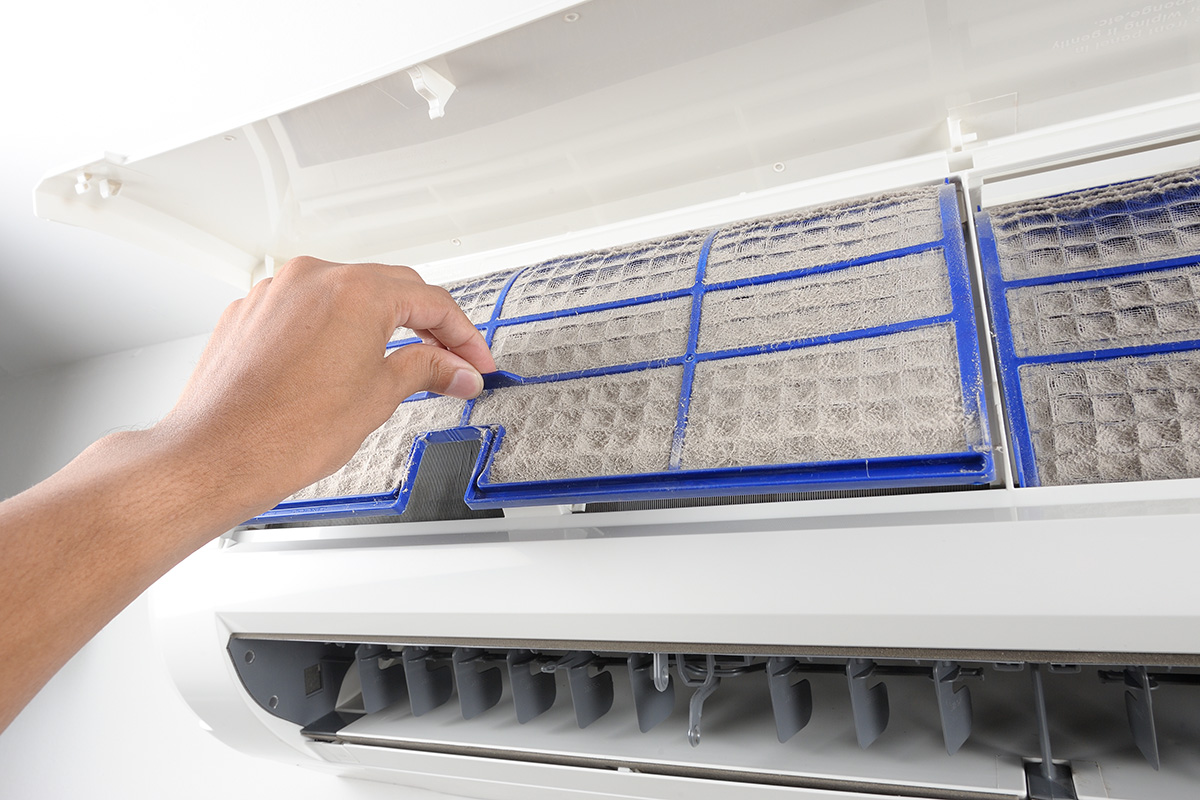 The American Lung Association reports that household cleaners are a significant source of indoor air pollution in U.S. homes today. Cleaning supplies that contain ammonia, bleach, fragrances, and other harmful chemicals release those chemicals into the air when they are used, potentially causing eye and lung irritation, headaches, and other respiratory issues.

Studies show that prolonged exposure to household and industrial cleaners resulted in occupational asthma along with other serious respiratory illnesses, including lung cancer.

Dust mites are microscopic insects that eat dead skin cells shed by humans and pets and are found in dust. Dust mites are nearly everywhere, including your bed, sofa, curtains, and carpets. Typically, people are allergic to both the dust mites themselves and the fecal matter they produce as they consume skin cells. The American Lung Association reports that 4 of 5 houses in America have dust mites in one or more beds.

Although candles and air fresheners can create an enjoyable atmosphere, they can also create dangerous pollution inside your home. Candles release soot into the air, while air fresheners contain perfumes and chemicals that may cause a reaction.

Most candles are made out of paraffin, a petroleum-based wax, which is made from refined crude oil according to Science Direct. When burned, they can produce harmful chemical byproducts including formaldehyde, acrolein, toluene, acetaldehyde, and benzene.

Pet dander, or pet skin cells, can be as challenging as dust mites – if not more so – for people who are allergic. 27% of U.S. homes have at least one cat, while 32% have at least one dog. Cats tend to produce allergy symptoms in humans twice as often as dogs, however, any pet has the potential to cause indoor air pollution.

A common misconception is that only pets with fur cause allergies and it’s the loose pet hair that does this. Pet dander can be found nearly everywhere on a cat or dog, however, including in their feces and saliva. Families that have indoor pets should take home air pollution seriously and look for solutions to filter and purify their inside air.

It is well established that formaldehyde and other Volatile Organic Compounds (VOCs) are carcinogenic, meaning that they have the potential to cause cancer in humans and other animals. Formaldehyde in particular can cause a specific type of rare cancer in the nasopharynx, or the top part of the throat that sits behind the nose. Other symptoms of formaldehyde and VOC exposure include headaches, breathing problems, nausea, vomiting, and a runny nose.

The most significant sources of formaldehyde in Massachusetts’ residential homes include paint, carpet, glue, certain kinds of finishes, paper, wood, and fabrics. The higher the humidity and temperature in a space, the more formaldehyde is released from nearby products that contain it.

Asbestos is a naturally occurring, fire-retardant fiber that is known to cause a specific and fatal disease called mesothelioma, along with lung and other types of cancers. Although asbestos as been banned in the use of most products in America, especially home building supplies, old asbestos used in homes prior to this can still result in significant exposure. Because asbestos fibers are microscopic and lightweight, they can stay suspended in the air for long periods of time before settling to the ground, making them easy to inhale.

Usually, it takes years or even decades for the symptoms of mesothelioma to appear after asbestos exposure. In many cases, sealing the source of asbestos is less dangerous than removing it.

Radon is one of the most significant indoor pollutants but also one of the least discussed. It’s a colorless, odorless natural gas produced by the uranium found in rock and soil. This compound releases radioactive particles as it decays, which in turn can cause lung cancer when inhaled. It’s estimated that 21,000 Americans die each year due to radon-related cancer.

Homeowners can test for radon build up in their homes and install radon resistant housing features that mitigate the accumulation of the toxic gas.

The American Lung Association also reports that small particulates, especially those that come from wood burning stoves, can quickly lead to severe indoor pollution. Wood smoke releases nitrogen oxides, VOCs, and carbon monoxide, which can build up when there isn’t enough ventilation in the home. This is typically the case in winter, when most wood stoves are used.

Not only does burning a wood stove release soot, ash, and small particles into the air that can be breathed in, but it also creates significant health problems that can be difficult to treat. In some cases, these can be deadly and include lung cancer, heart attacks, asthma attacks, and other health effects.

Bacteria and viruses can also hang out in the air, causing people to become ill when they breathe in these contaminants. Most often, the result is a mild to moderate respiratory illness, however, depending on the contaminant, illness may be severe.

Reduce Indoor Air Pollution with the Help of N.E.T.R., Inc.

At N.E.T.R., Inc., we understand the harmful impacts of indoor air pollution and are dedicated to helping our customers find heating and cooling solutions that improve their home’s air quality. Contact us today for more information or to book an appointment at 781.933.NETR (6387).