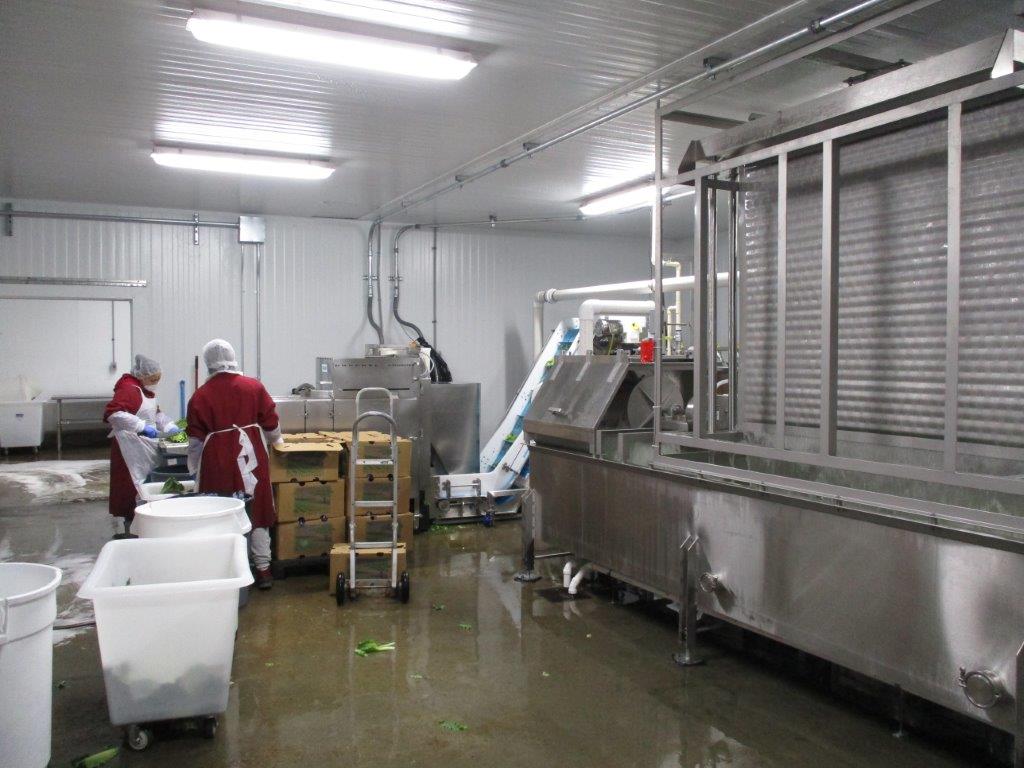 This company (who wishes to remain anonymous) recently evolved from being just a produce distributor to working in pre-cuts, cutting vegetables and fruits, and prepping.

To move into this sector, the company needed to find a way to keep the temperature of foods consistent throughout the entire prep process, especially when it came to the wash tank and properly refrigerating the water.

N.E.T.R., Inc. needed to install a chiller plate and wash tank so that the products could remain a consistent temperature. This presented a challenge for Mike Cappuccio, who was the project manager on this commercial refrigeration installation.

The Problem: The produce company needed to be able to keep the temperature of foods consistent to promote freshness throughout the entire prep process. Products cannot warm up when going through the wash tank. The wash tank needed refrigeration over a cold plate chiller, where the water runs over the food being cut and prepped.

The cold plate chiller consists of a metal corrugated plate which stands vertically while water flows over the plate and cools it before going down to the area where the produce is washed. Water is then recirculated through the tank and dumped after the day for clean water.

The Solution: Mike Cappuccio and his team created a design so that the condenser outside of the building could function properly and regulate the water temperature of the wash tank. The plate was around 24 degrees with 50-60 degree water running over a 25 degree piece of ice, which drops down into the tank to constantly refrigerate the water. 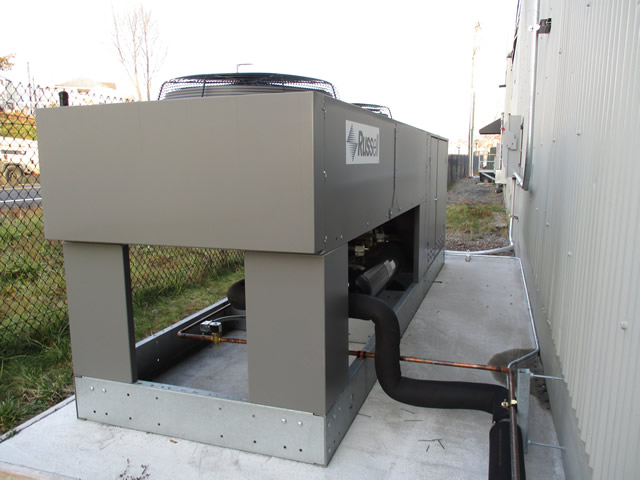 Before installation could be completed, the team at N.E.T.R., Inc, had to consider getting the condenser from the front to the back of the building. The refrigeration system that sits outside requires a suction and liquid line, and refrigeration piping that runs from the outside unit to the chiller plate inside the facility. The condenser itself weighed about 3000 pounds.

The room with the wash tank also needed to be 40 degrees, and air conditioning had been previously added to this room. 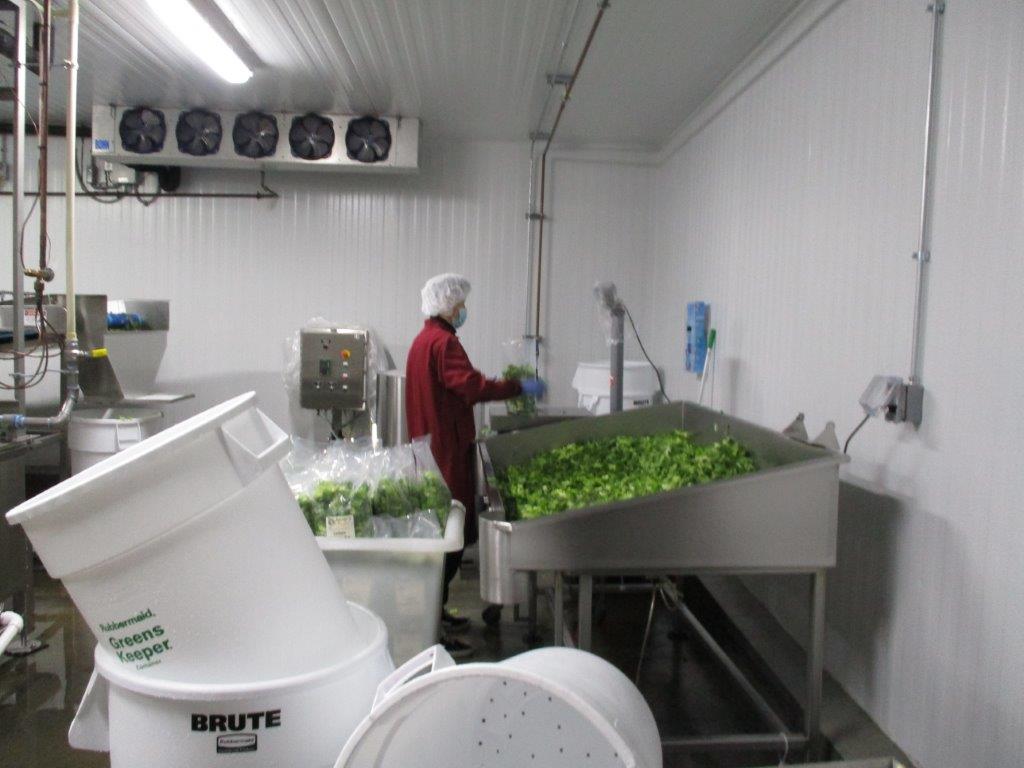 To get the condenser to the back of the building, the team at N.E.T.R., Inc. had to use a 70 ton crane, which lifted the condenser above and over the building. The roof could not handle the weight without having the structure reinforced and requiring major modifications. The piece of equipment was so heavy that there would had to have been some significant roof structural work done if it was placed in that location.

Once the heavy lifting was complete, it took the team about a week to pipe and start the condenser up. The owner of the building had some people come in to do some plumbing work and hook up water to it, as well as hooking up the electrical. 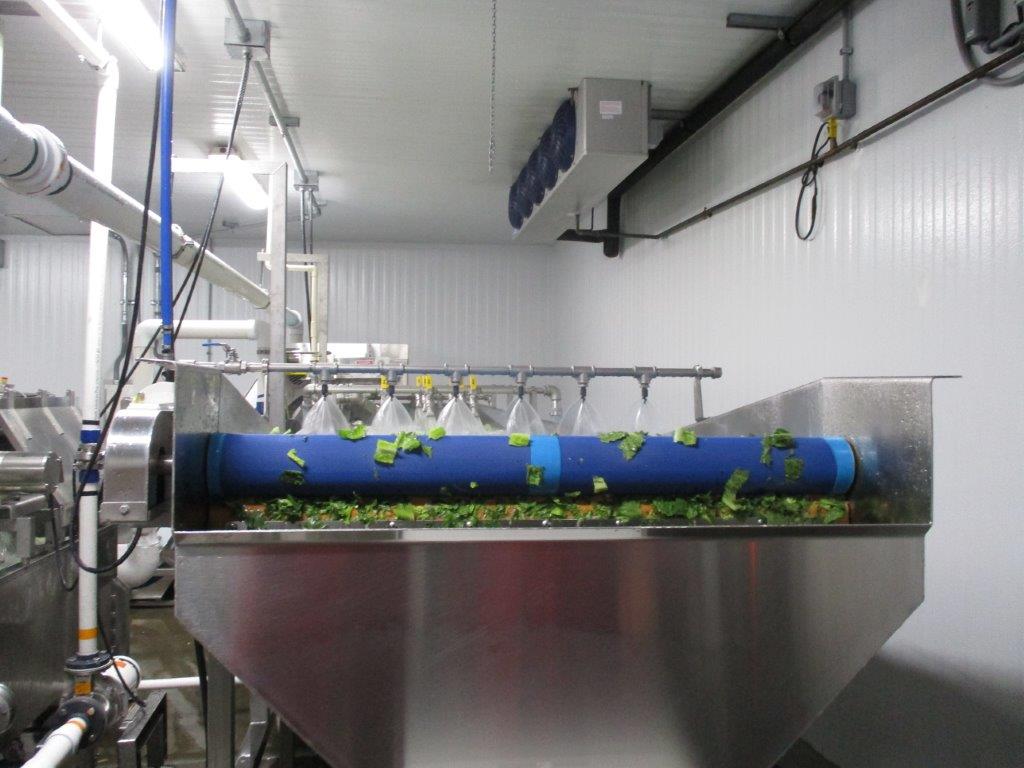 From start to finish, the project took about six months from design to installation.

Since the project was completed, the company has been happy with the work done. It has allowed them to go to the next level. The company can now more easily and efficiently prep food, allowing their business to evolve and change in a positive way.