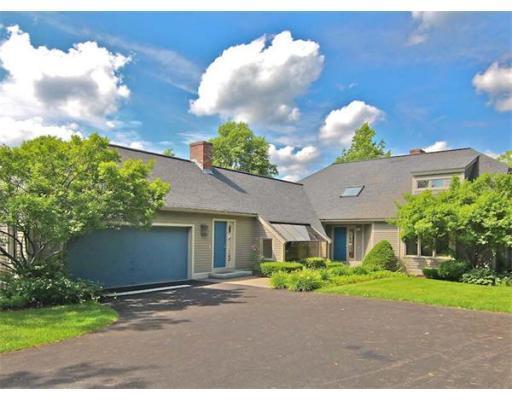 Winchester, MA, is an excellent place to live, especially for those who work in or around Boston. It’s just a short drive from the main city but offers that quiet, suburban life that many families enjoy.

The homeowners of this contemporary Cape-style home in Winchester loved the location and neighborhood. Over the years, they had noticed that the central AC system in the house was struggling to keep up with the increasingly hot summers. Now that the existing system was 16 years old, it was finally time to get an upgrade.

The old central AC system had finally given out after years of keeping the family cool. However, recently they had noticed a spike in their energy bills and hot and cold spots throughout the home. The owners knew that a central air conditioning system overhaul was needed, so they contacted N.E.T.R., Inc.

The Problem: 16-year-old central AC system in Cape-style home had a leak and needed an overhaul to keep the family comfortable all year long.

The Solution: N.E.T.R., Inc. installed a new Carrier 16 SEER high-efficiency system to help save the family money on their monthly bills. 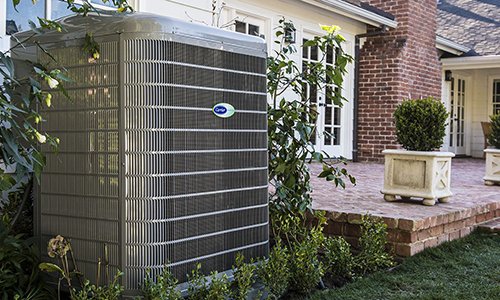 When the family contacted N.E.T.R., Inc. with their problem, Mike Herrick took up the project. He met with the homeowners to tour the house and take a look at the existing central air system. While he was assessing what the owners would need to be replaced, Mike noticed that the 4-ton central air R22 system had a leak. He informed the homeowners of the leak and offered his proposal for the new system.

Mike said that N.E.T.R., Inc. would need to remove quite a bit of the old system and make sure that it was properly disposed of, then he and his team would install a new Carrier 4-ton coil, one new central air 2-stage indoor unit, and an outdoor condenser. They would also install a new WIFI thermostat. 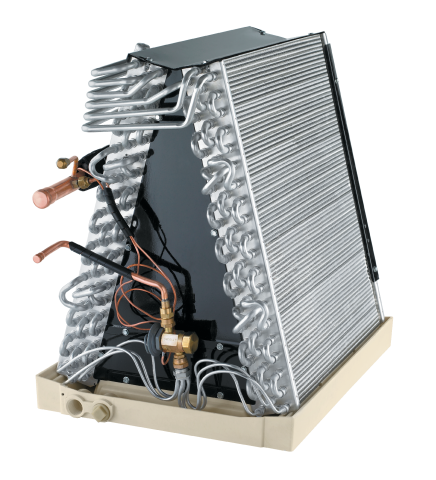 Before Mike’s team could start installing the central air conditioning system, they had to remove the parts of the existing system that were rundown. First, the team had to ensure all remaining R22 from the old AC system was recovered and disposed of properly. Additionally, the refrigerant piping for the old system had to be removed because of the leaks. N.E.T.R., Inc. also removed the existing coil from above the furnace and disconnected all the low voltage electrical wiring. All of these things must be disposed of following EPA guidelines, so N.E.T.R., Inc. knew that proper removal and disposal was important.

After all of these parts had been removed, Mike and his crew began installing the Carrier replacement parts. The installation included a brand new 4-ton central air coil, which was furnished and mounted above the oil furnace. New refrigerant piping was installed throughout the system, and a new 4-ton Carrier stage-2 was also brought in.

After the new system was in place, Mike fired it up and ran checks on the pressure of the system. He also checked for leaks, tested the evacuate, charge, and start functions. Once he was sure everything was in working order, Mike informed the owners that they were ready to start enjoying their new AC system.

One of the many benefits that these homeowners will see thanks to their decision to replace their leaking AC system is a decrease in their monthly energy bills. The central air conditioning system is much more efficient than the one that was installed almost two decades ago. And, since the leak is now fixed, the family won’t be wasting money on a system that’s losing precious energy every time it runs.

Another benefit this family can enjoy is the extended warranties offered by N.E.T.R., Inc. They’ll have one full year of labor for the newly installed AC system, as well as a 10-year warranty from Carrier!

Now, the family can enjoy perfectly treated air all summer long through their new central air conditioning system. One of the improvements that this central air system has to offer is the central air Performance Series Wi-Fi thermostat. This thermostat is more accurate than non-Wi-Fi models, and can be controlled from virtually anywhere!

The family can connect their central AC system to the Wi-Fi and access the thermostat from their smartphone at any time. This feature makes it easy to turn down the temperature without getting up from the couch or turn it up a few degrees before you get home from work.