Converted Barn Gets Ductless Heat and Cooling in Manchester-by-the-Sea, MA 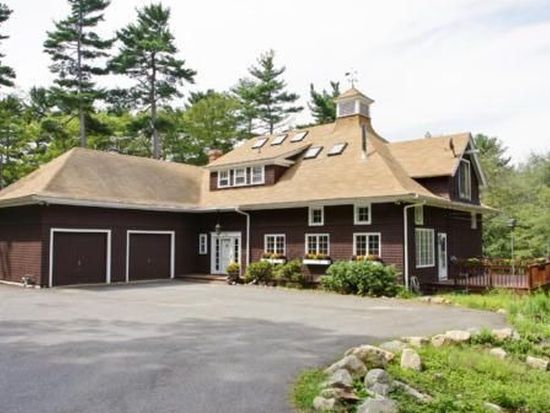 This beautifully converted barn in Manchester-by-the-Sea, MA is a unique addition that perfectly fits into this picturesque tiny little town on the north shore of Massachusetts Bay. The only problem is one that can’t be seen but can be felt: Climate control.

Sometime in the 1960s, the original homeowner converted this barn into a three-bedroom house. Residents and visitors suffered through cold winters and hot summers due to the extremely outdated HVAC system. The original forced hot water radiators didn’t always warm the home properly, and no air conditioning system was ever installed. Until now. With modern advances in HVAC technology, a new ductless heat and cooling system resolved the climate control issues so the owners can live comfortably within their home.

Problem: A barn converted into a living space experienced uneven heating and no air conditioning due to the outdated forced hot water radiator system.

HVAC Challenges in a Unique Home

It’s typically tricky to add a new HVAC system to an old house. Often, the home has outdated systems and a lack of space, which requires significant changes when adding something new. With this Manchester-by-the-Sea home, the big problem is that it wasn’t designed for climate control.

For starters, check out these really high, steeped ceilings. The design is amazing and makes the house feel more spacious. However, these high ceilings make the house too hot in the summer and too cold in the winter.

Hot air is less dense than cold air, so it rises. This means that in the winter, all of the home’s warmth is rising to the ceiling, leaving the residents chilly as they occupy the space toward the floor.

Of course, feeling comfortable in the home is not as big of an issue in the summer when the hot air collects overhead. But, the hot air is still there, and the air conditioning system is forced to work harder to get rid of it.

The next issue with climate control in this home is the expanse of living spaces. Not only are there a lot of room, but many of them are oddly shaped toward the ceiling, decreasing the opportunity for natural airflow. This is what is known as uneven heating.

Even with the radiators on, the temperature isn’t the same in every room. While this problem is typical with radiators because they slowly treat a room and cold spots can occur, it was an even bigger issue in this home.

The final challenge with this home was the owner’s desire for central air. However, the house was built before air conditioning was considered standard in home, so there is no set-up to accommodate a traditional air conditioning system. Typically, our team of experts will simply tap into the existing ductwork. Since this home was filled with radiators and pipes, we could not do that. 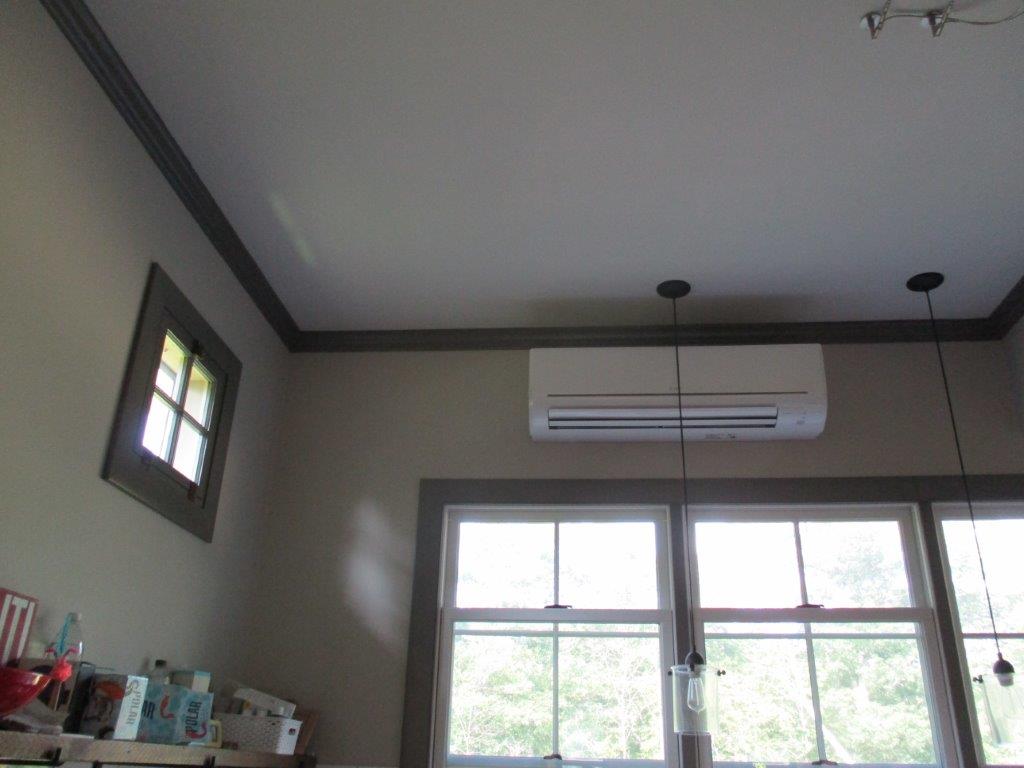 Ductless Heating and Cooling in a Converted Barn

Adding a ductless system was the obvious choice for this converted barn. This way, we could:

The trick to eliminating uneven temperatures is using a zoned HVAC approach. In basic terms, this means that there is no single system controlling the entire house. Instead, each room, or zone, gets a separate system.

The new system uses units, or air handlers, to distribute the hot or cold air, a system that is similar to air vents in each room. One unit is mounted in a high, out-of-the-way location in every room, so they are barely noticed. In this house, we installed the units in areas above the windows where the ceiling narrowed. Aside from being out of the way, the HVAC units are literally whisper-quiet. At full blast, they’re only as loud as leaves rustling.

For this house, we installed five ductless wall units: one in each bedroom, one in the kitchen and another in the living room. Outside, we installed two condensers to generate the warmth and air conditioning.

Instead of ductwork, thin plastic tubing connects the outdoor units to the indoor units. The tubing is run through the walls like electrical wires, which eliminates the need to make any changes to the house.

Each unit has its own thermostat so the homeowner can set the temperature in each room, from warm heat in the winter to cold air in the summer.

This system works in conjunction with the existing radiators. In the winter, an indoor unitturns on when the radiator in that room isn’t generating enough heat to reach the desired temperature. But, another room may already be warm enough, so that room’s air handler doesn’t do anything.

Meanwhile, in the summer, each air handler treats the room it is in, which eliminates the common problem of having too-warm upstairs rooms and too-cold downstairs rooms. If an upstairs room is affected by the rising heat, only those air handlers will turn on and engage extra AC if they need it.

Finally, our homeowner had air conditioning! Additionally, each room was warm enough in the winter. But creating even heating with zoned HVAC is only one benefit of his new system. The other? Saving money.

For starters, the new system is so efficient that the homeowner’s utility company actually paid him to install it. It is actually common practice nowadays for utility companies to offer incentives for people to replace old systems with ones that use less energy.

In the Bay State, that comes courtesy of Mass Save. It’s a group of utility companies that work together to promote energy efficiency. We made sure our homeowner applied for a rebate, which earned him $500 off the cost of installation.

What makes this system so good? Simple: It’s Energy Star-certified. That means it uses less energy to produce the same results as ones that use more power. This works thanks to inverter technology, which is like cruise control for your HVAC system. It helps the system use less energy while also avoiding wear and tear.

Older systems have two modes: On and off. So, they’re continually firing up and shutting off when the temperature changes. Our homeowner’s new system has a better way of doing it.

Most of the time, it runs on a low, power-saver mode. This keeps the temperature constant without using much energy. Then, when it needs to, it goes into a more powerful mode to course correct the climate control.

There’s also another benefit. Since it is more efficient than the radiators, it costs less to run. And, now our homeowner uses the old forced water system less, instead opting to use the units when it’s only slightly chilly outside. In the past, he fired up the radiators in the early fall. Now, he waits until the temperature really dips to do so.

As a result, the homeowner of the converted barn has lower energy bills in the fall and spring. By using the more efficient ductless HVAC system, he uses less energy for even better results.

Do you need better heating and cooling for a converted barn? Contact us, and we’ll design a system that’s perfect for your home.