In the quiet college neighborhood in Cambridge, MA, Montrose Spa is a little convenience store and deli that is famous for their delicious Cuban sandwiches. The owner of this shop offers a wide variety of goods for the locals and is well known in the area. 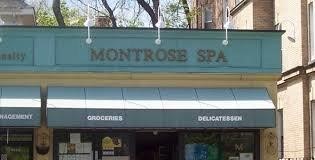 After 35 years of service, the store’s refrigeration system was beginning to fail, which was making the customers unhappy with the quality and cleanliness of the store, while also costing the shop owner a fortune to keep running.

The owner knew it was time for a change and decided to call in Mike Cappuccio here at N.E.T.R.  Mike had worked for Montrose Spa many times on repairs to the outdated refrigeration system and had even discussed options for replacement systems with the owner before.  Right away, he knew N.E.T.R. would be able to offer an efficient, cost-effective solution that would add long term value to the property and save on monthly energy bills. 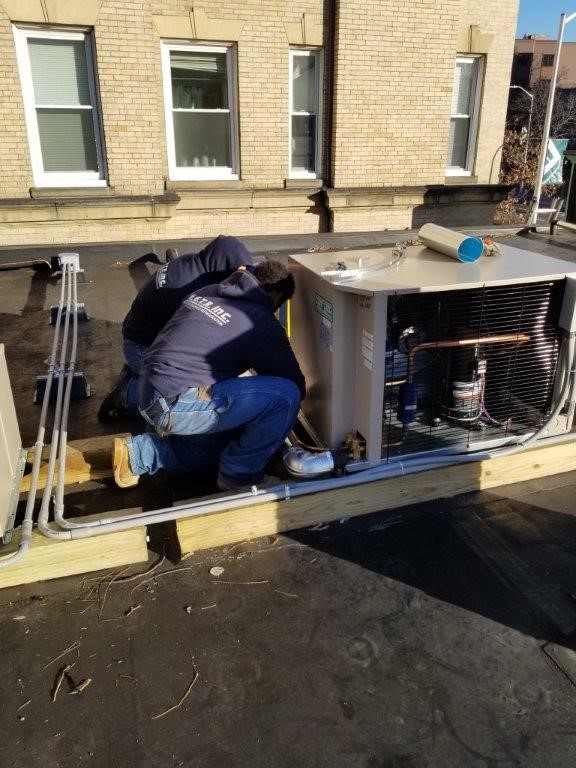 Mike Cappuccio was the project manager for this installation, and he was very familiar with the store owner. Over the years, he had repaired the old cases and failing system numerous times. He even discussed possible options for newer refrigeration equipment with the owner when the time came to switch things over.

The old refrigeration system was installed by the previous owner of the shop back in the 80s. It was outdated and many of the parts that were failing were unable to be replaced because they were no longer available on the market due to the age. The refrigeration technology being used was incredibly inefficient; most of the refrigerant gases being used in the system were ozone depleting and dated back to the 1980s. In addition to being costly to run, repairs on the failing system cost $2,000-$3,000 alone. Because of the age of the refrigeration system, the coils were beginning to become porous, the heaters in the glass doors and freezers were failing and finding parts for the repairs was impossible. 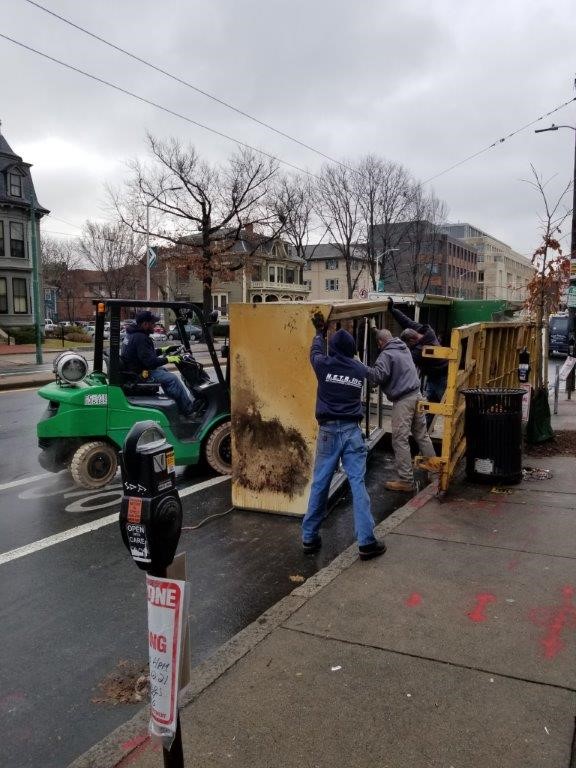 Montrose Spa is only 2000 square feet and roughly a third of the store is devoted to the refrigeration section. The owner typically stocks ice cream, milk, eggs, various meats, and fresh produce for his customers, so ensuring the new system was clean and efficient was a high priority. Another problem N.E.T.R. noticed was that the old refrigerator doors closed off the narrow aisle when open, so customers could not get around one another easily.

Finally, a customer left a review which remarked on the smell of the store’s refrigeration system, and the owner knew it was time for a change. Mike helped develop a budget and timeline for the owner, who wanted to continue operating the store for years to come.  After the planning, N.E.T.R. got to work. 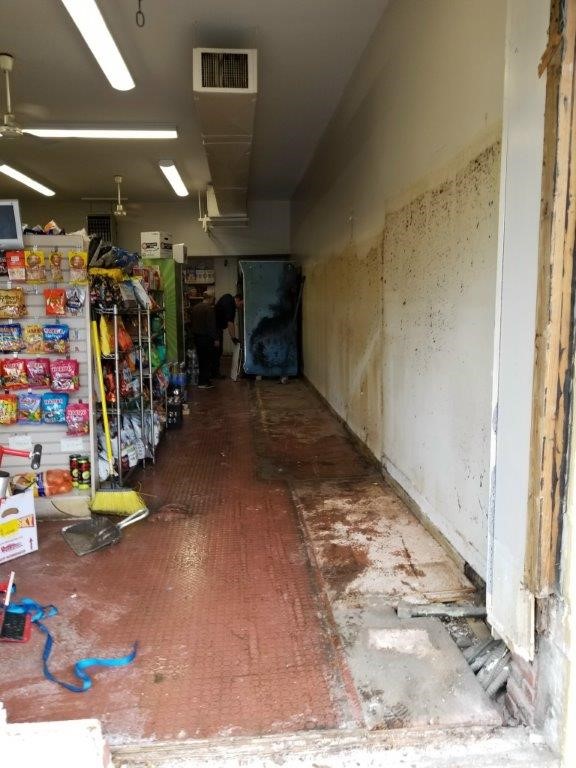 The precise planning of this installation was vital to ensuring the process went smoothly. One of the significant hurdles Mike and his team faced was that the old refrigeration cases were too bulky to fit through the store’s door, or even through the 8’ x 8’ front window. So, Mike called in a licensed contractor to help oversee the removal of the store’s entire front wall, so that the old cases could be pulled out and the new Zero Zoned cases could be installed.

Thanks to incredible planning and an outstanding team, N.E.T.R. was able to remove the window and door, demo the storefront, remove the old equipment, and begin hauling in the new cases.  The following day, all the new cases were installed.  Mike even had his team remove the old compressors on the roof and remove eight electrical circuits that had been used solely for the refrigerator doors and lights that the owner would no longer need with the new Zero Zoned commercial refrigeration system. 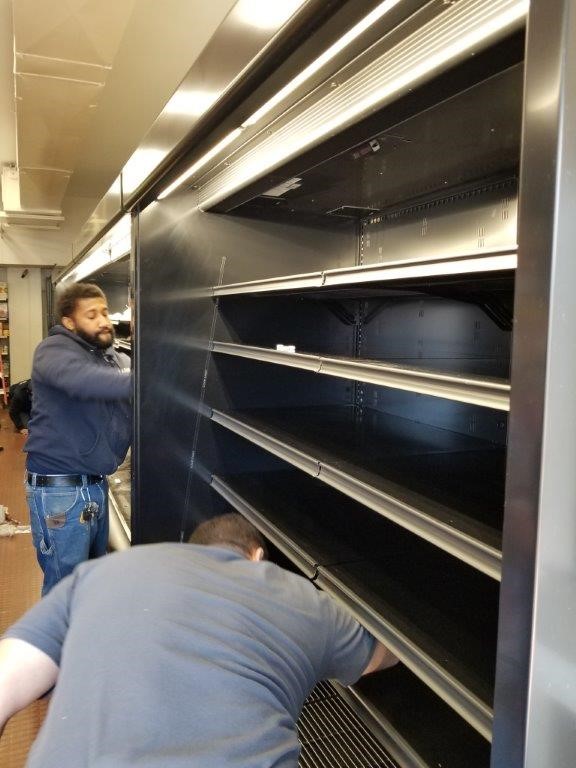 When N.E.T.R. installed the new condensing units on the roof, Mike had to work with the city of Cambridge to get a structural review of the roof and apply for the sound permit, to ensure the neighbors would not be disturbed by the sound of the new condenser units.

In the end, the shop owner had planned on closing Montrose Spa for a full week, but he was able to reopen after only two days! Customers were impressed by the sleek new system, and the owner was even able to reach out to the customer who left the review about the smell and inform them that the problem was fixed.

After only the first month of using the new Zero Zoned refrigeration system, which uses open-air coolers instead of the glass-door refrigerators N.E.T.R. removed, the shop 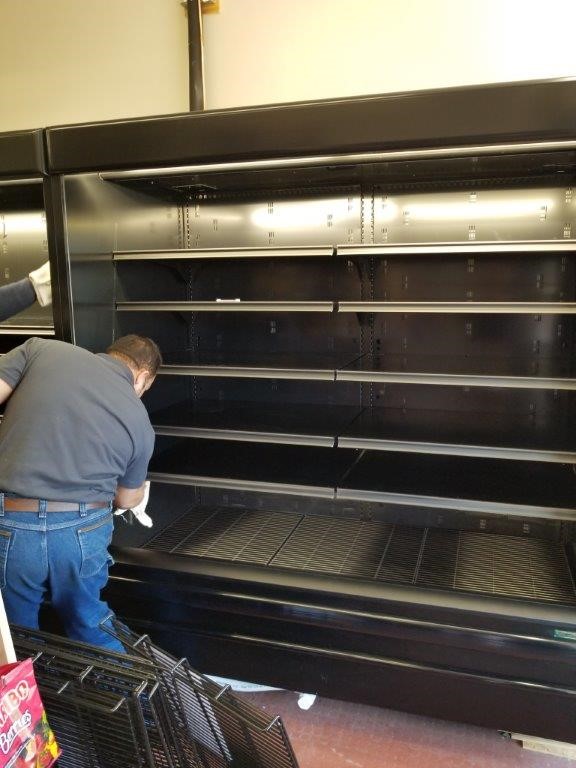 owner called Mike to say he had already saved $750 on his energy bills! The owner later called Mike and his crew to install additional night curtains to increase the energy efficiency of his system. Instead of wasting money with the old glass door heaters, the new system now will only require the freezer to have heated doors all of the cooler sections now are a reach in open air type that require no heat with a big savings to the owner due to now removing ten doors that heaters on the old system. 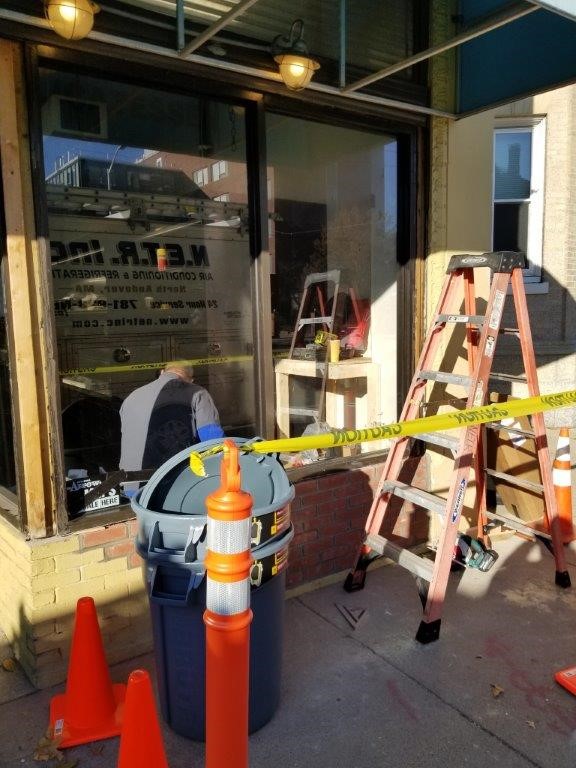 Now, instead of wasting energy cooling over 50 glass doors with failing heating systems, the only cases with doors are the freezers and the overall horsepower required to use the system was reduced by half! The Zero Zoned refrigeration cases also feature LED lighting instead of fluorescent so that the owner will save there as well!

All in all, the monthly costs of running Montrose Spa’s refrigeration section was reduced by half, so the system will quickly pay for itself with all the savings this shop owner will see month-to-month.

Overall, N.E.T.R. had to apply for around ten permits for this installation, but it was all worth it in the end to see this store owner happy with his new refrigeration system. Our crew even refinished the front of the store, after the new system was in place! 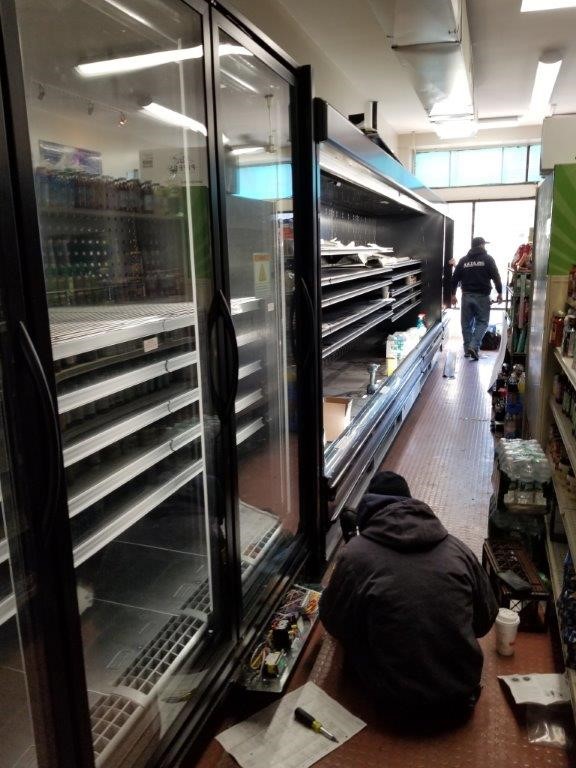 In Need of an Update?

Are you dealing with an outdated refrigeration system in your shop, or inefficient heating throughout your office building? Then you need to contact N.E.T.R. today. Our team of experienced professionals will work with you to design an efficient, cost-effective solution for your heating or cooling problems.

Contact us today and learn what solutions could be out there for you!