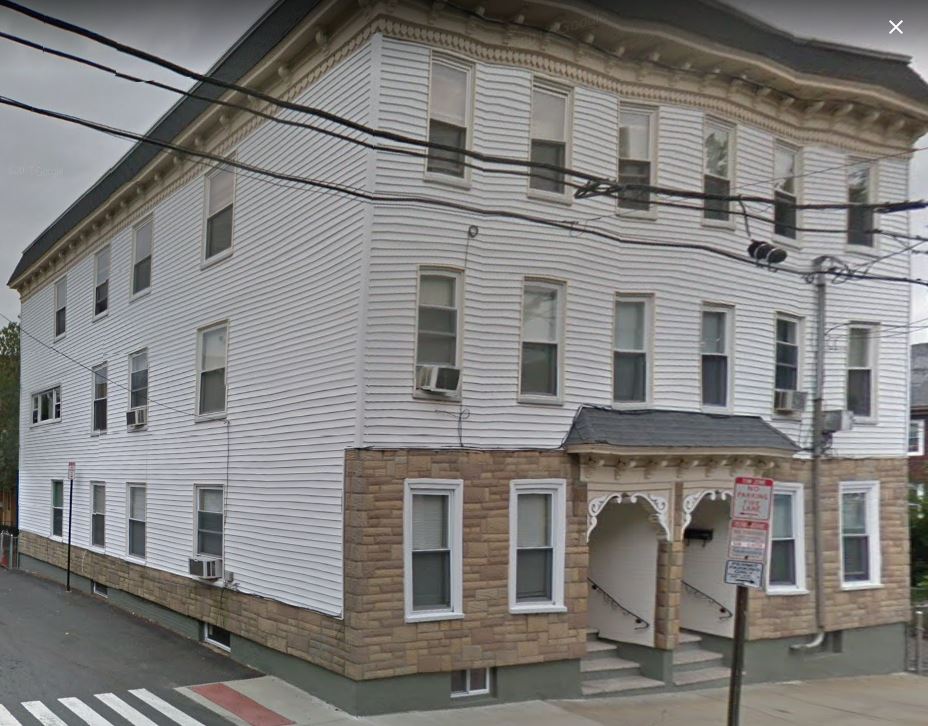 It was time for a change for this two-family colonial home in Somerville MA. For years, the house had an oil furnace and no central air. While there was plenty of heat, it wasn’t spread out evenly and some of the rooms never got warm.

Meanwhile, summers were too hot. Both apartments had to use window air conditioners, but they are noisy and required a lot of maintenance. Finally, both the heating and cooling systems were expensive to fun.

These homeowners were ready for a completely new HVAC system and they wanted something was energy-efficient, quiet, easy to use, and low-maintenance. In addition, the new system also needed to treat the whole house evenly.

That all sounds like a tall order. But the homeowners knew just where to look. They came to N.E.T.R., Inc. after reading our outstanding reviews. We were able to design and install a system that met all their needs — and lowered their monthly energy bills.

Problem: The energy bills in a two-family colonial home in Somerville, MA were too high, and the climate control was uneven across the apartments.

Uneven and Inefficient Heating and Cooling

In order to create the best new HVAC system for this home, we had to look at what was wrong with the heating and cooling systems in the house currently.

When it came to heat, strength wasn’t the problem because oil heat burns very hot.  As a result, it can quickly heat up an area and often works even faster than gas or electric heat.  However, spreading that forced hot air evenly can be tricky, especially in a two-family home.

One issue is the “stack effect.” It’s well-known that hot air rises, but it does so by “stacking” from the heat source and then moving up. This means parts of the house will heat up quicker than others and the heat that makes it to the top floor will then continue out of the house through any openings or drafts.

There’s also the problem of airflow. One common problem in a two-family home is that the stairwells are not open. In a single-family house, an open stairwell would allow the heat to move freely, but here it gets into some places while not reaching others.

All this worked against the power of oil heat. Even though this energy source could warm a large space quickly, the airflow in the house prevented it from heating the entire home evenly.

The problem in the summer was much simpler: window air conditioners are inefficient and noisy. Plus, they use a lot more energy than central air and require a lot of maintenance. 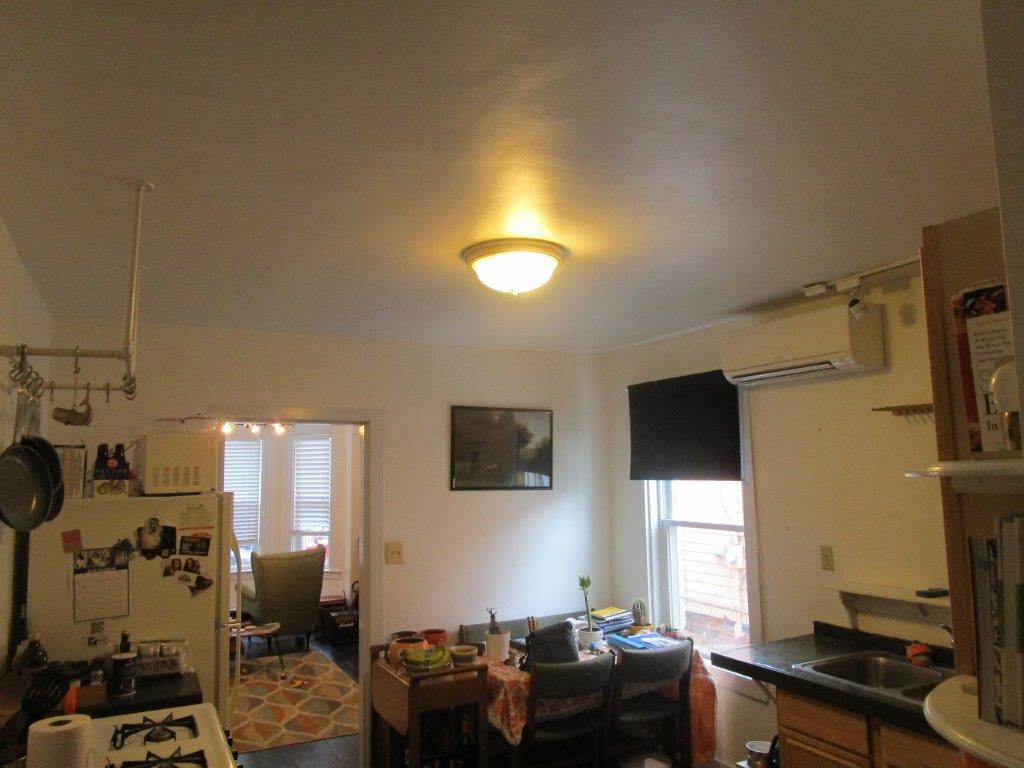 A great way to address all these issues at once was to install a ductless split system for zoned HVAC. This means you can adjust the temperature in different parts of the home individually, instead of having one thermostat to control the whole house.

Here’s how the new system works: an outdoor heat pump provides forced heat or cool air. The treated air travels through tubing in the walls that connects to the units in the home.

The units are mounted wherever they’re needed in the home and each one treats a different “zone” in the house. Every unit is then controlled by its own thermostat.

This makes a huge difference in this situation where the problem wasn’t the oil heating system could produce enough heat, just that the heat couldn’t reach every part of the house.

Now, those hard-to-reach areas have their own ductless units to make sure they are always the perfect temperature. Instead of turning up the heat higher than it needs to be, the units pick up the slack.

In the summer the system works the same way. Each unit cools a different zone in the house, but unlike the old window units the units are whisper-quiet.

The new ductless units also cool each room faster than the old ACs and use less energy to do the job. 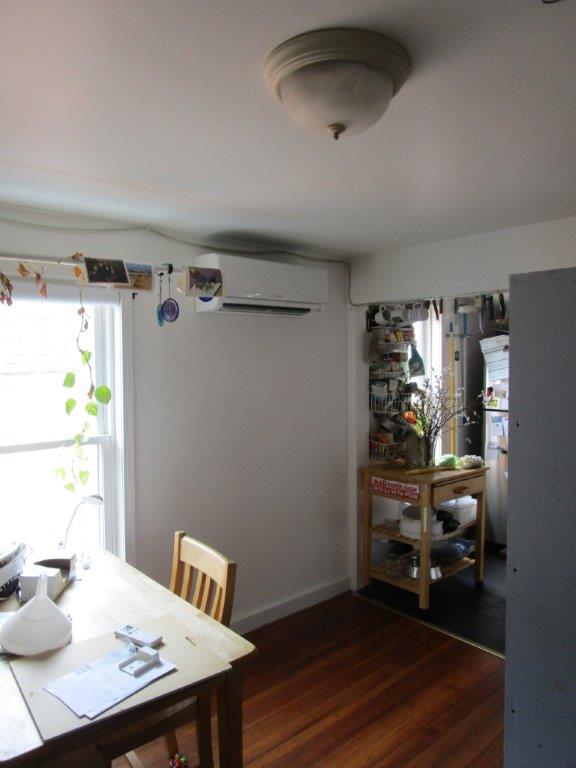 Because of these energy efficient units, our homeowners got money back for their upgrade!  They were able to get money back thanks to Mass Save and the Massachusetts Clean Energy Center.

These two groups advocate for clean energy and energy-saving products. One way they do this is by offering cash rebates for anyone who installs energy-efficient products. We made sure our homeowners were aware of these savings and even helped them apply for the rebates.

As a result, our homeowners got more than $1,700 in cash rebates for the installation. $200 came from Mass Save and the Clean Energy Center offered $1,502.

On top of those upfront savings, they are saving money on their monthly energy bills.

Now they’re no longer using clunky old window air conditioners in the summer and the new system will use much less energy to do the job.

Because window units are meant to be taken in and out the cooled air escapes around the unit because the area often isn’t sealed well. This won’t happen now because the units are entirely inside the home.

In the winter, they won’t have to crank up the heat because new system supplements the oil heat. This allows the tenants in each apartment to keep the oil heat a little lower and let the units take care of the extra warmth a few of the rooms need.

Now, the tenants don’t need to turn on the heat when it starts getting chilly and they can turn it off earlier in the year because the units will be able to keep the house a comfortable temperature by themselves. So, these homeowners will use their oil heater less overall!

Instead, the more efficient units provide enough heat in the fall to keep them warm before the temperatures really drop.  As soon as it gets a little warmer at the end of winter, they can switch from oil heat to the units.

Using less oil, of course, keeps their energy costs down and when combined with the summer savings, they’re paying less all year ‘round.