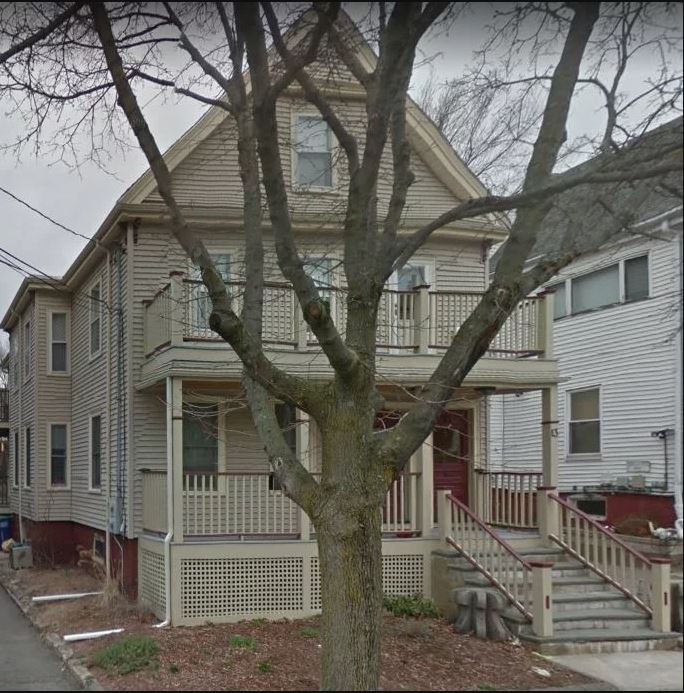 Converting a house into a two-family home is a great investment. You can treat it as a profit-making property with two tenants. Or, you can live in one apartment while charging rent for the other.

To make the most of it, you need to run the house efficiently. The less you can pay in energy bills, the more money you make. However, converting a home often makes your HVAC system less efficient. This happens for a few reasons.

First, a single home usually has a single thermostat. It controls the temperature of the whole house. With a conversion, now one person makes the settings for both condos.

Now, the duct work usually isn’t as efficient as it once was. There are more walls and closed-off areas. Heat collects in the wrong places. This leads to uneven heating and cooling throughout the home.

Our homeowner in Somerville, MA had already begun making his home more energy-efficient. He had installed solar units to treat the second- and third-floor unit. But, he was still using gas-fired hot water steam radiator. In the summer, he used window air conditioners.

Fortunately, we had a better system for him. Now, he and his tenant can set their own heating and cooling temperatures. The new system costs less month-to-month than steam and window units. It’s also quiet and cleaner.

Problem: Our homeowner was paying too much in monthly energy bills with steam heat and window air conditioners in his two-family condo conversion.

Ductless HVAC installation is especially popular when retrofitting a house.

Retrofitting with traditional HVAC is expensive for a two-family condo conversion. It requires new metal duct work and vents to circulate the air. It costs a lot for installers map it all out and create and install the ducts themselves.

Then, that duct work has to go somewhere. If there’s no crawl space, you may sacrifice closet space. Or, installers will build passages in the walls or ceilings. These make your rooms a little smaller.

The piping is less than three inches around and bends. It’s very easy to run it inside your walls and ceilings. It fits easily between studs and rafters without having to tear down any walls.

That made a big difference in this home. Our homeowner retrofitted new heating and cooling to both apartments for a fraction of what new ducts costs. And, each unit controls its own temperature, resulting in another benefit. 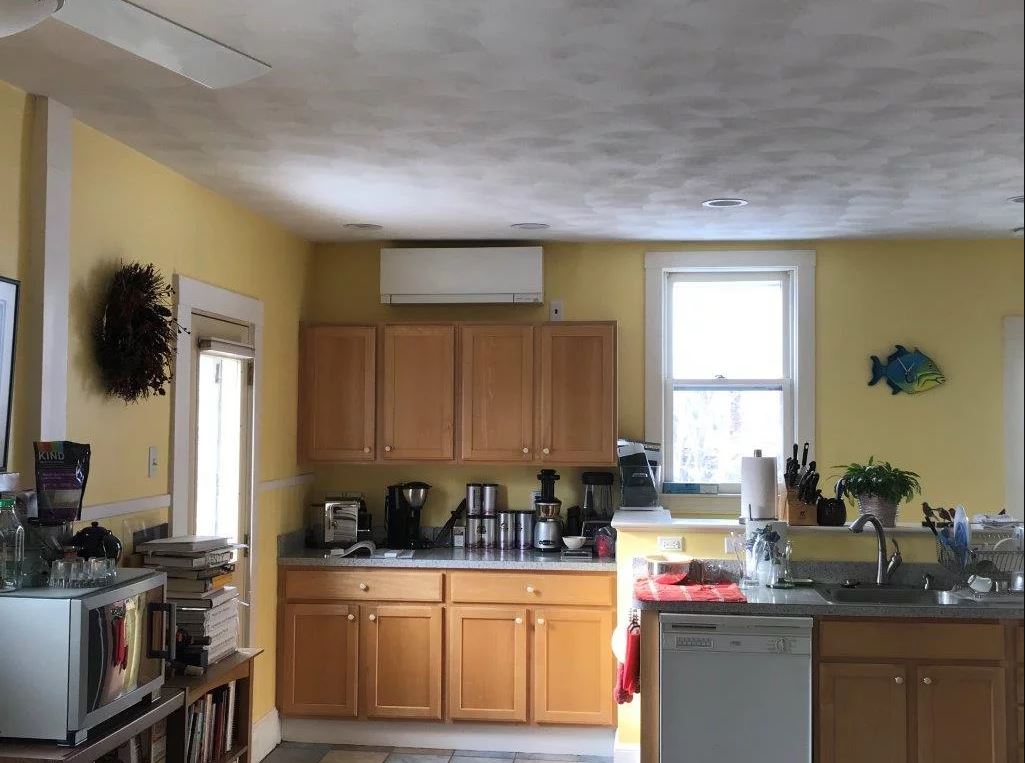 Thanks to new technology, Mitsubishi ductless units provide better heating and cooling than conventional systems. And, they use less energy than other HVAC options.

The ductless units are Energy Star-certified. They meet government standards proving they’re more efficient than similar systems. When they use less energy, you get charged less each month on your utility bills.

In Massachusetts, there are two groups that offer incentives for people to install energy-efficient HVAC systems. One is the Massachusetts Clean Energy Center. We helped our homeowner get a $2,500 rebate for going ductless.

The second is Mass Save. They gave our homeowner a $400 for his new system. That’s nearly $3,000 in savings before he even turned on his system.

Each ductless unit has its own thermostat. That means you can set each one to a different temperature. Or, you can set them all the same.

Either way, each unit works by itself to heat or cool its own zone. If one room gets warm faster than others in the winter, that unit turns off. The others stay on until the job is done.

This is unlike a single-zone system like many homes have. In those cases, the entire system works until the whole house is warm enough. This often means it’s overheating certain areas and is using more energy to do so.

What’s more, with ductless HVAC you don’t need to heat or cool your entire home all at once. This is especially useful in multi-family homes.

When one person leaves for the day, he or she can just turn down their zone. That way, an empty part of the house isn’t being heated or cooled. Or, if a person wants one room cooler or warmer than the others they can just adjust that zone’s thermostat. There’s no need to use more energy for the entire house. 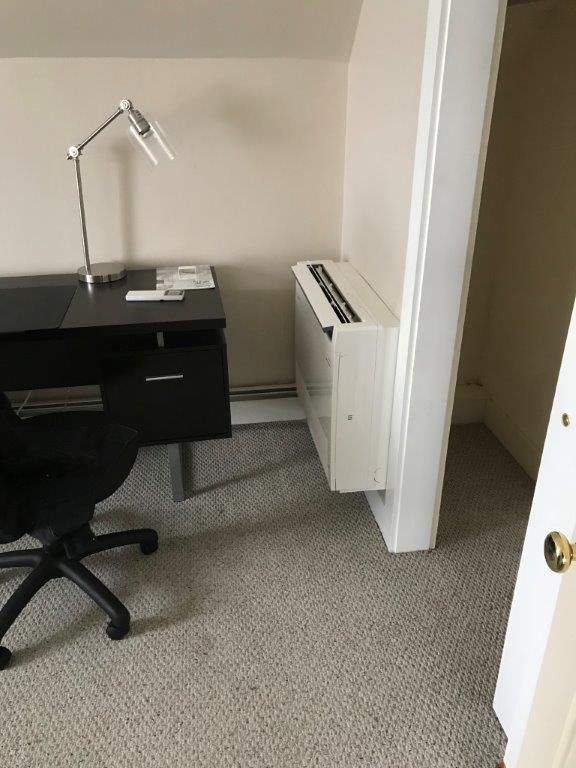 Of course, there’s more to a good HVAC system than just saving money. In particular, our homeowner wanted to use clean energy. He also wanted a quiet system. The Mitsubishi ductless unit system fits both those bills.

Outside the house, our ductless system uses a heat pump to provide heating and cooling. A heat pump works very differently than a furnace, which uses oil, gas or electricity to run.

Instead, a heat pump uses a system that moves heat around. This is different from creating heat or cool air. The pump uses just a little bit of electricity to run. It draws heat from outside in the winter, increases it and sends it in to the home.

In the summer, it does the opposite. The heat pump draws heat of the house and cools that air. Then it sends it back again.

Another big selling point for ductless units is that they are whisper-quiet. That’s a big change for these condos. The old, clunky window air conditioners made a lot of noise when they were on.

Now, however, the ductless HVAC units barely make a sound. The homeowner and his tenant don’t even realize they’re there. Well, the homeowner remembers them — every month when he gets his lower energy bills.